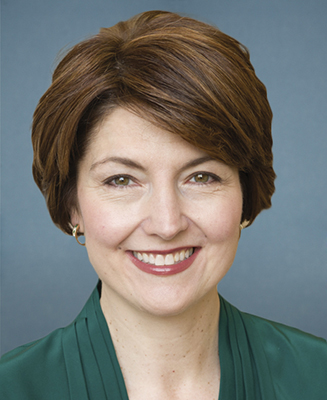 U.S. Rep. Cathy McMorris Rodgers, a sixth-term Republican from the state of Washington, will likely be nominated by President-elect Donald Trump for Secretary of Interior, according to published reports. Rodgers is the highest-ranking Republican woman in the U.S. House of Representatives and was also appointed to serve as vice chair of Trump’s transition team.

The U.S. Department of the Interior, amongst many others, oversees the Bureau of Reclamation, which operates 476 dams and 348 reservoirs across the country, and it is in charge of numerous scientific endeavors and mapping the entire globe through the U.S. Geological Survey.

In 2013, along with U.S. Sen. Lisa Murkowski, R-Alaska, and U.S. Rep. Diana DeGette, D-Colo., McMorris Rodgers sponsored the Hydropower Regulatory Efficiency Act, which unanimously passed the House the same year. The legislation focuses on administrative actions that can be taken to advance conventional hydropower resources.

If McMorris Rodgers is confirmed by the U.S. Senate, she would govern the management of more than 500 million acres of federal public lands, including more than 400 national parks.