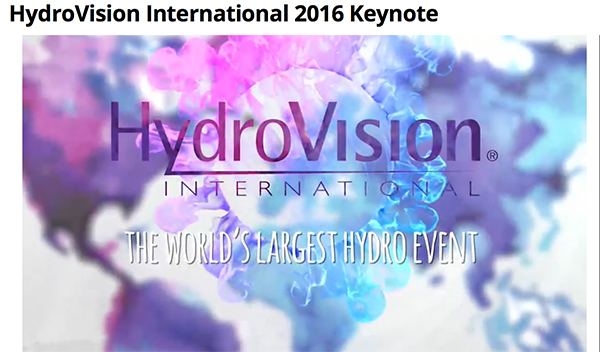 Before 2016 ends, relive the highlights from the largest hydro event in the world. A video of the complete opening keynote session of HydroVision International 2016 is now available on Hydro TV.

Headlining session was the release of the long-awaited Hydropower Vision by Jose Zayas, Director, Wind and Water Power Technologies Office, U.S. Department of Energy. The plan seeks to establish a sweeping, long-term roadmap for the future of the United States’ hydro sector and was the result of more than two-and-a-half years of research and development.