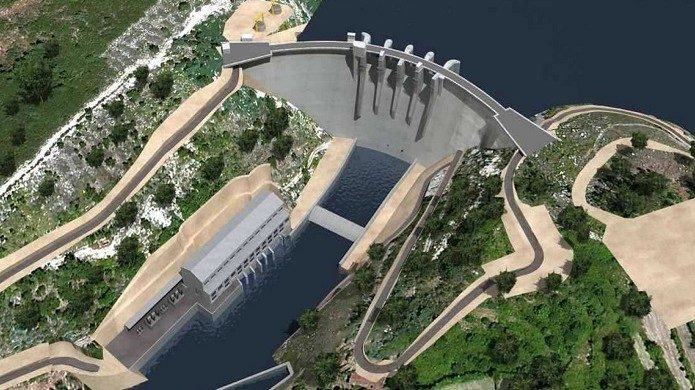 Spanish utility Iberdrola has awarded a contract to a consortium that includes Acciona, Mota Engil and Edivisa to construct the 164-MW Alto Tamega hydropower plant in Portugal.

The US$120 million deal will see the group construct a 106.5-meter tall, double-curvature concrete arch dam, plus powerhouse at the dam’s toe, diversion works, plant access tunnels and more.

Alto Tamega is one of three hydroelectric projects to be constructed on the Tamega River as part of Iberdrola’s 1,158-MW Tamega complex. Also included are the conventional 114-MW Daivoes and 880-MW Gouvaes pumped-storage facilities.

Acciona previously announced it had won a $60 million contract to construct the penstock at Gouvaes. The penstock is to be a 4.7-kilometer long, 7.3-meter diameter concrete-lined tunnel that will be dug from four points simultaneously.

HydroWorld.com reported in January that constructor Ferrovial Agroman had completed excavating the diversion tunnel that will feed Daivoes. The company was also awarded the contract to build the Gouvaes dam and powerhouse.

Iberdrola won the concession to build and operate the Tamega complex in 2009, at which point it was expected to include a fourth powerhouse.