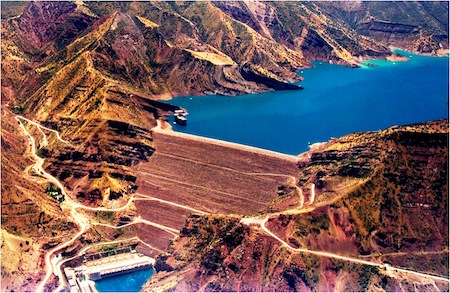 The International Development Association has approved US$225.7 million in financing to help Tajikistan rehabilitate its 3,000-MW Nurek hydroelectric plant.

IDA — a World Bank member — said the funding package is comprised of 25% grants and 75% in credits, and will cover about a third of the rehab project’s first phase.

The first phase includes the rehabilitation of three generating units and the replacement of six transformers. The initial phase will also include seismic safety upgrades to Nurek Dam in response to a 2012 study conducted by owner Barki Tojik.

“With today’s decision, the World Bank is supporting Tajikistan’s efforts to ensure energy security for its people and financial viability of the country’s energy system, which will support dynamic rates of sustainable and inclusive growth,” Olters said.

The Tajik government has previously said Nurek‘s operation is essential for the country given that it provides about 70% of the country’s total power. The project has not had a major overhaul since its commissioning in 1972, however, and currently operates at less than 80% of its capacity.

The government said the first phase of the rehabilitation will begin this year and is scheduled for completion in 2023. Work on the second phase is expected to begin in 2019.

Additional financing for the project has come from the Eurasian Development Bank ($40 million) and other regional sources.

Located on the Vakhsh River, construction of the Nurek project began in 1961 when Tajikistan was still a republic of the Soviet Union. The dam is the second tallest in the world at 984 feet high.