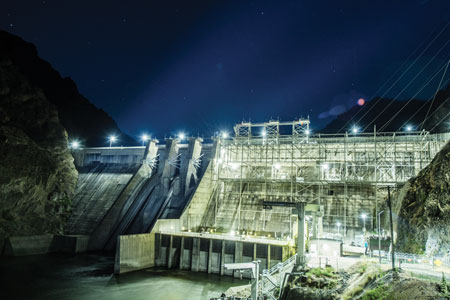 U.S. utility Idaho Power has joined the western energy imbalance market after an independent consultant found this move could save the utility $4.1 million to $5.1 million annually.

The energy imbalance market, or EIM, “uses advanced trading technology to manage a real-time wholesale energy market, responding to constantly changing customer demand by deploying the least-cost available resource,” a press release says. Idaho Power says that by enabling the company to buy low-cost energy from across the region in real time, the EIM keeps electricity rates low while helping to integrate the increasing level of solar, wind and other renewable resources in the region.

An independent consultant found that before EIM-related expenses, Idaho Power could save $4.1 million to $5.1 million annually, and the utility says those savings will be passed along to customers.

Idaho Power has been operating its system in parallel with the EIM for several months, testing the system in preparation for joining the market on April 4. “We have been working on this for the better part of two years to ensure a smooth transition and to make sure that our company and our customers will be well-served by our participation,” said Tess Park, vice president of power supply for Idaho Power.

The market now covers eight states and one Canadian province and serves more than half of the electricity demand in the Western Interconnection, Idaho Power says.

To date, eight utilities have joined the EIM, with British Columbia marketing and trading company Powerex (the marketing arm of Canadian provincial utility BC Hydro) recently joining. Other utilities slated to enter the market in the next two years, according to the western EIM, include the Balancing Authority of Northern California/Sacramento Municipal Utility District, Salt River Project, Seattle City Light and Los Angeles Department of Water and Power.

The western EIM says it has saved utilities more than $250 million since its launch in November 2014, through 2017. The market also found a home for excess solar generation that otherwise would have been turned off.

Idaho Power has 17 hydroelectric projects, with a total capacity of 1,709 MW, as the core of its diverse generation portfolio. Hydro accounted for more than 47% of the electricity the utility generated in 2016.