In sub-Sahara Africa, IEA estimates more than 635 million people live without electricity in the region.

“These five companies together added or are completing three-quarters of the Chinese-added generation capacity [in the region] between 2010 and 2015. On average, their projects are three times larger than projects carried out by other companies.”

Out of the leading five companies, Sinohydro is the largest within the African market. The company is incorporated into PowerChina that has energy-related operations in 80 countries.

IEA reports sub-Sahara Africa, is Sinohydro’s first overseas market, in which it generates 39% of its overseas revenue in hydro, oil-fired plants and grids. The company currently has 24 projects and a total capacity of 3.8 GW have been built by Sinohydro since 2010 or are under construction.

IEA research indicates, “Chinese-built greenfield projects increase the diversity of the sub-Saharan African power capacity mix and help to accelerate the development of renewables in the region.” 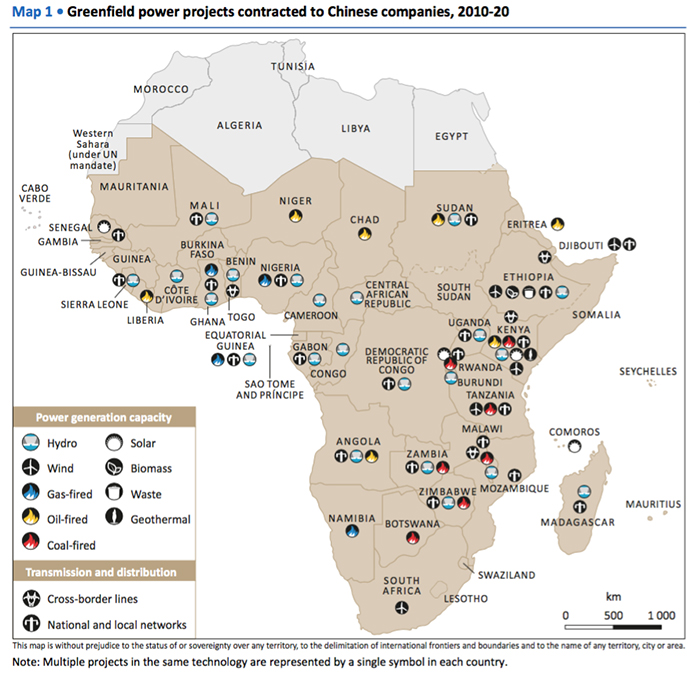 Additional data in the report show 37% of total capacity additions between 2010 and 2015 in sub-Sahara Africa, come from renewable energy that Chinese companies developed.

According to the report, this is amount is significant in that an estimated 120 million people will have access to reliable, affordable power by 2020.

The complete report is available on the IEA website.

IEA is an autonomous intergovernmental organization established in 1974 and acts as a policy adviser to its current 29 member states. But, IEA also works with non-member countries, especially China, India and Russia.