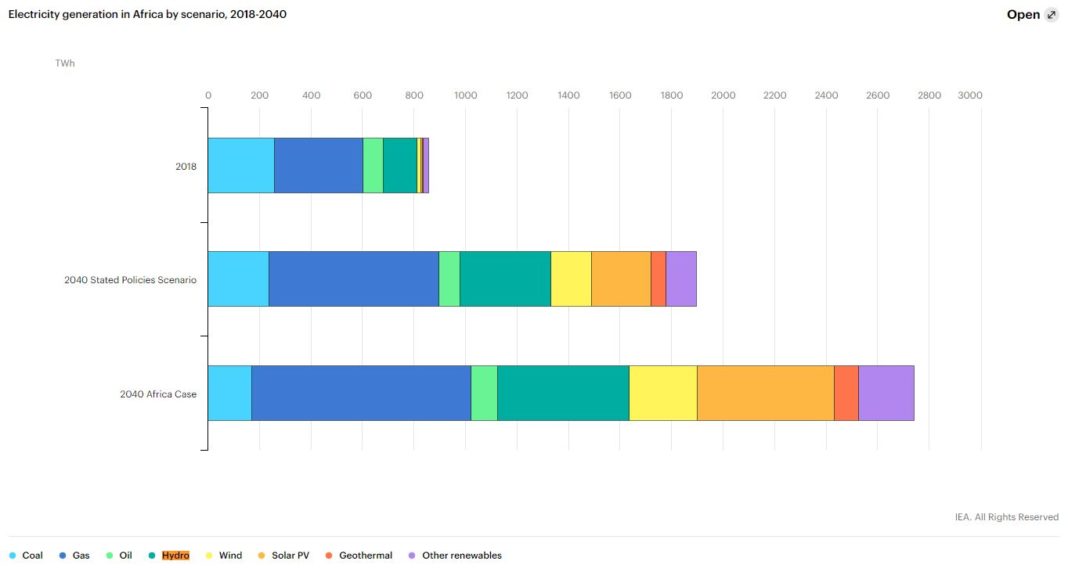 If a more reliable power system is built with a greater focus on transmission and distribution assets, hydropower generation in Africa could reach 512 TWh by 2040, according to the African Energy Outlook 2019 released by the International Energy Agency.

This outlook, called the Africa Case, indicated electricity generation from hydropower in Africa was 131 TWh in 2018. The report says a key priority is targeted investment and maintenance to reduce power outages and to decrease losses from 16% today to less than 10%. IEA says there is also a need to build up the regulation and capacity to support Africa’s power pools and strengthen regional electricity markets.

IEA says: “Rapid economic and population growth in Africa, particularly in the continent’s burgeoning cities, will have profound implications for the energy sector, both regionally and globally. The stage is set for a new wave of dynamism among African policy makers and business communities, with falling costs of key renewable technologies opening up new avenues for innovation and growth. Chief among the challenges is providing universal access to reliable, modern, affordable and sustainable energy.”

Under IEA’s Stated Policies Scenario, hydropower would contribute 351 TWh to the continent’s total electricity generation by 2040.

IEA includes hydropower in its definition of renewables. To date, the continent has installed only 5GW of solar PV. Under the Africa Case, solar PF deployment averages almost 15 GW a year and will reach 320 GW in 2040. This means solar PV will overtake hydropower and natural gas to become the largest electricity source in Africa in terms of installed capacity.

For other capacities, wind expands rapidly in Ethiopia, Kenya, Senegal and South Africa, and Kenya is at the forefront of geothermal deployment.

The outlook includes detailed energy profiles of 11 countries that represent three-quarters of the region’s gross domestic product and energy demand.