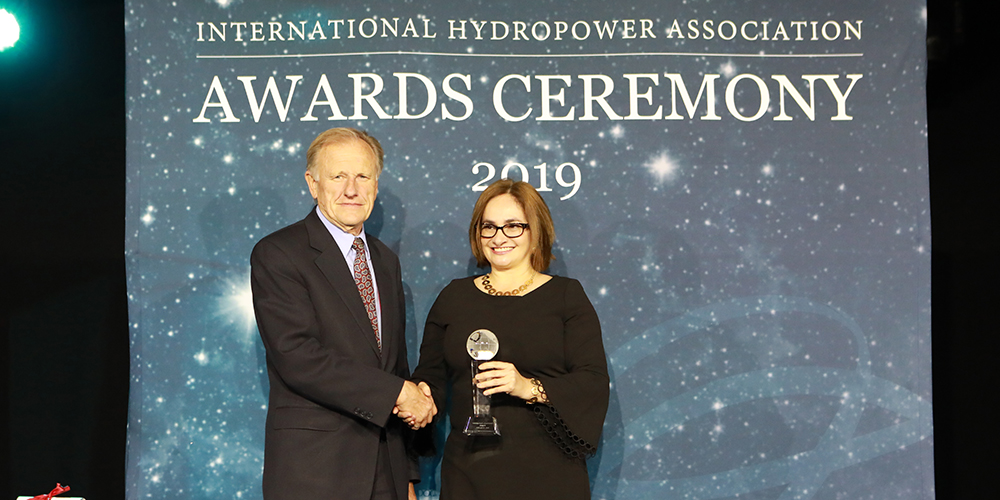 The International Hydropower Association has announced the winners of its Young Researcher Award, Mosonyi Award for Excellence in Hydropower, and Blue Planet Prize.

The awards were presented during an awards ceremony held as part of the World Hydropower Congress.

Mosonyi Award for Excellence in Hydropower: Karin Seelos, vice president power generation and international affairs, Statkraft; Refaat Abdel Malek, vice chairman of MWH Global; and Yan Zhiyong, chairman of Power Construction Corporation of China. Seelos was recognized by the judging panel for her long-standing commitment to hydropower sustainability, which has had a major impact on the profession. Malek was president of IHA between 2007 and 2013, during which time he contributed to the development of the Hydropower Sustainability Assessment Protocol. Yan was recognized for his contribution to the development of China’s hydropower industry and for his commitment to implement sustainability practices.

Blue Planet Prize: Reventazon hydropower plant in Costa Rica. Reventazon is the largest hydropower project in Central America with 305.5 MW of installed capacity. Since it came into operation in 2016, the project has led Costa Rica to achieve a target of generating 100% of its electricity from renewable energy sources.