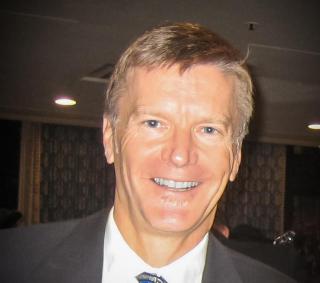 I am saddened to report that Brian Hughes, principal at Northwest Hydraulic Consultants, was killed June 1.

NHC’s website reports Brian was riding his bicycle to work when he collided with a truck. Comments and photos may be posted through NHC’s website in memory of Brian.

Brian joined NHC in 1988. He managed NHC’s Vancouver, British Columbia, Canada, office and was on the company’s Board of Directors.

Brian was actively engaged in the HydroVision International event, serving on the technical papers committee from 2013 to 2018. He was scheduled to chair a technical paper session at the 2018 event in Charlotte, N.C., U.S.

He also wrote articles for Hydro Review magazine, including one in 2015 co-authored by Avista Utilities regarding work performed at its 26-MW Nine Mile hydro project.

In addition, Brian was a board member of the Northwest Hydroelectric Association for western Canada, elected in 2016 for a three-year term.