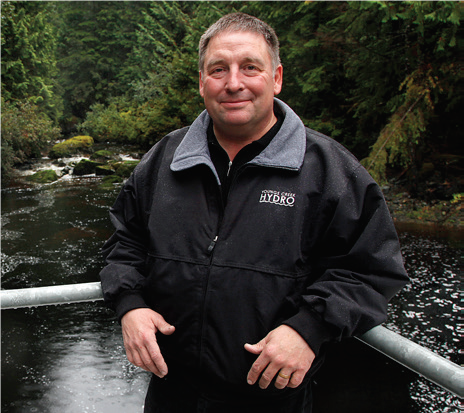 It is with great sadness that I report that Danny Miles passed away in late February. He was 62 years old.

The PUD published a tribute to Miles in its March 1 highlights publication, and his colleagues called out Miles’ friendly manner and cheerful disposition. “Danny never seemed to have a bad day, he always had a smile on his face,” said Scott Spahr, manager generation engineering. “Whether it was a PUD Commissioner, a co-worker, a truck driver, a student or a stranger, Danny would treat everyone he met with respect and enthusiasm.”

Keith Binkley, manager natural resources, said: “What a truly great guy, a giant of a man who lived life with such integrity and compassion. It was always an enjoyable experience working with Danny because, in my eyes, his genuine nature made him part Mr. Rogers and his quintessential trouble-shooting skills made him part MacGyver. What an unbeatable combination!”

Miles worked on a variety of projects for Snohomish County PUD over the years, including as a young inspector on the Jackson Project, principal engineer on the construction of Youngs Creek hydro, and lead engineer on the recently commissioned Hancock Creek and Calligan Creek small hydro projects.

Miles loved his job, as the PUD reported: “Danny was more than an engineer. On his projects, he was also a tour guide, archivist and diplomat. If a member of Corporate Communications needed to get some pictures, Danny was the chauffeur. If those pictures and engineering maps and drawings needed to be kept, leave it to Danny. If a contractor or customer had a gripe, again it was Danny, who often acted as the calming voice in any conversation.”

Most recently, Miles was overseeing construction at the future site of the Arlington Microgrid.

He was also involved in the annual HydroVision International event, serving on the technical papers committee for the 2019 event. (On a personal note, I fondly remember sharing a breakfast with Danny in Nashville during HydroVision International 2014, at a quaint little diner he’d heard about but that turned out to be a considerable walking distance from the convention center.)

And he also spoke at POWER-GEN International 2018, sharing info on the Hancock Creek and Calligan Creek hydro facilities in a session on small hydro.