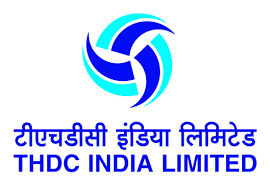 Dhirendra Veer Singh has been named chairman and managing director (CMD) of THDC India Ltd. (THDCIL) and will serve in that role until April 2021, according to a press release from the company.

Prior to taking over as CMD, Singh worked for the past 20 years at THDCIL and most recently served as the company’s technical director.

Based in Uttrakhand, the public utility company is jointly operated by the federal government of India and the local Uttar Pradesh government. Currently in operation, the company has a total installed hydropower capacity of 1,400 MW.

The THDCIL portfolio, according to the company, has 18 projects in various stages of development, which when completed will have a total installed capacity of about 6,374 MW. The company’s highest capacity facility is the 1,000-MW Tehri hydroelectric project on the Bhagirathi River near Tehri in Uttarakhand.

“After a professionally fulfilling journey of more than two decades with THDCIL, it is an honor to take up this new responsibility,” Singh said. “As CMD, my objective is to ensure THDCIL continues to work as a responsible hydropower developer, and that we can take the same focus on sustainability to all our new endeavors.”

THDCIL is also diversifying into wind and solar energy generation. It has already commissioned the 50-MW Patan wind power project in Gujarat and is developing a 50 MW solar plant with Solar Energy Corp. of India in Kerala.

Singh takes over as CMD as the company consolidates its position in the hydropower industry and moves into the wider renewable energy space.

Singh graduated from NIT Rourkela in 1983 with a degree in civil engineering. According to THDCIL, Singh has more than 30 years “of exhaustive experience in underground works, powerhouse works, spillways, contracts, material management, rehabilitation and heavy civil construction.”