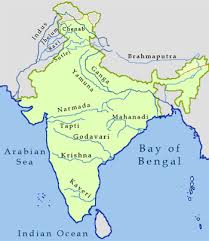 The Union Cabinet, chaired by Prime Minister Shri Narendra Modi, has given its approval for the investment of INR5281.94 crore (US$724.2 million) for the 850-MW Ratle Hydro Electric (HE) Project by a new joint venture company (JVC).

The project — located on the Chenab River in Kishtwar district of Union Territory of Jammu and Kashmir — is being built by the JVC to be incorporated between National Hydroelectric Power Corporation (NHPC) and Jammu & Kashmir State Power Development Corporation Ltd. (JKSPDC), with equity contribution of 51% and 49% respectively.

The government of India is also supporting the Union Territory of Jammu and Kashmir by providing a grant of INR776.44 crore (US$106.5 million) for equity contribution of JKSPDC in the JVC. NHPC shall invest its equity INR808.14 crore (US$110.8 million) from its internal resources. The Ratle HE Project will be commissioned within a span of 60 months, NHPC said. The power generated from the project will help in providing balancing of the grid and will improve the power supply position.

The construction activities of the project will result in direct and indirect employment to around 4,000 persons and will contribute to the overall socio-economic development of the Union Territory of Jammu and Kashmir. Further, the territory will be benefitted by getting free power worth INR5289 crore (US$725.2 million) and through levy of Water Usage Charges worth INR9581 crore (US$1.3 billion) from Ratle HE Project, during its project life cycle of 40 years.