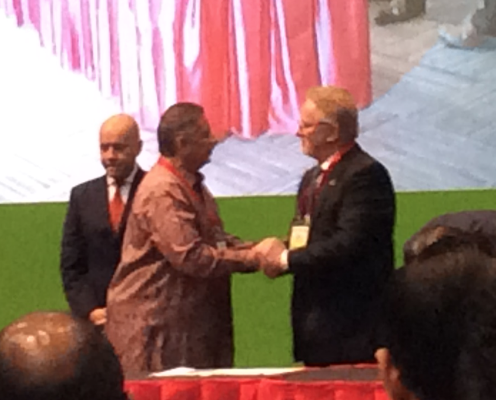 The tidal stream plant, which SBS said would be Indonesia’s first commercial-scale project, would be built in phases beginning with an initial 12 MW plot and scaling up to 140 MW at a total cost of US$350 million.

“PLN is very pleased to collaborate with SBS on this new and renewable energy development project which will contribute toward the fulfillment of additional power requirements, especially on remote islands,” PLN president director Sofyan Basir said.

The partnership makes SBS the first United Kingdom-based tidal stream developer to have received support from the British embassy in Jakarta, with the collaboration with PLN hoped to expedite the development of a commercial-scale operation.

“This remarkable, reliable and renewable energy will not only help to reduce the volume of expensive fossil fuels imported into Indonesia, but will also raise the level of Indonesia’s energy security,” SBS group chairman and CEO Michael Spencer said.