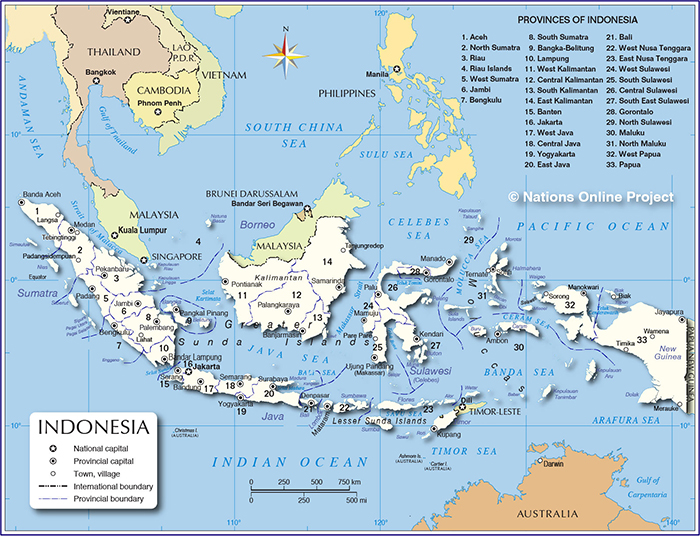 The World Bank Board of Executive Directors on Feb. 27 announced it has approved US$125 million in financing to support the second phase of the Dam Operational Improvement and Safety Project (DOISP) for Indonesia. The Asian Infrastructure Investment Bank is co-financing the project with an additional $125 million.

The program is intended to upgrade more than 140 dams throughout Indonesia and make them safer for the 11 million people living near the reservoirs, according to the World Bank.

In 2009, HydroWorld.com reported the World Bank provided a $50 million loan to Indonesia for the Project Management Unit of the DOISP in its first phase. The bank said the project was designed to assist Indonesia in increasing the safety and the functionality with respect to bulk water supply of large Ministry of Public Works-owned reservoirs; and strengthening the safety and operational management policies, regulations and administrative capacity of Ministry of Public Works.

The development objective of the second phase of DOISP, according to the organization, is to also increase the safety and functionality of dams in selected locations and strengthen the operation and management capacity for dam safety.

According to the World Bank, the major changes being presented through this level one project restructuring accompanying additional financing include:

“There should be no shortage of water in any communities in Indonesia. Dams support stable water supply, but it is paramount to ensure their safety to avoid disasters. The World Bank’s continued partnership with Indonesia to improve dam safety will protect millions of Indonesians residing around the dams,” said Rodrigo Chaves, World Bank country director for Indonesia.

The majority of the 2,200 dams in Indonesia are being used primarily for irrigation. The safety of dams is vital to safeguard surrounding communities, as well as the country’s water resources, according to the World Bank.