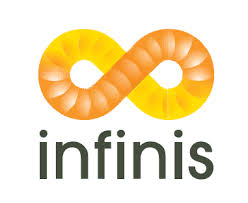 Dwr Cymru Welsh Water is acquiring small hydro plants from Infinis Energy and H2O Power Limited Partnership will acquire the remaining hydropower sites, in deals valued at a total of £20.5 million (US$31.9 million).

Infinis previously stated it considers its hydro business as non-core given its size, and limited investment has been made in further developing the hydro portfolio. The company plans to use the proceeds of the hydro sale to further develop the growth of its onshore wind portfolio.

Welsh Water is the sixth largest of the 10 regulated water and sewerage companies in England and Wales. The company released “Our Sustainable Future, “ a strategic direction statement, in 2007 that says that by 2035 its customers can expect that the company will have invested in low energy technologies, such as wind turbines and small hydro generation units. “There is … significant potential within our business to develop renewable energy sources — such as from hydro power and methane gas sludge digestion,” the statement says.

H2O Power is investor-owned and has operated hydroelectric generation in Ontario, Canada, since 2007. The company owns and operated eight hydroelectric stations in the country.