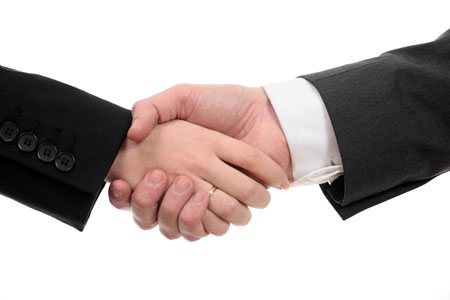 Innergex Renewable Energy Inc. and HQI US Holding LLC, a subsidiary of Hydro-Quebec, have entered into a membership interest purchase agreement with Atlantic Power to acquire the 60-MW Curtis Palmer hydroelectric portfolio in Corinth, N.Y.

The run-of-river portfolio consists of the 12-MW Curtis Mills and 48-MW Palmer Falls facilities and will be acquired for upfront cash consideration of US$310 million and an earn-out provision subject to the evolution of NYISO market pricing.

This joint acquisition is the first under the strategic alliance formed by Innergex and Hydro-Quebec in 2020. The alliance will allow both corporations to accelerate their respective growth strategies and mutually benefit from their complementary skills and knowledge. The acquisition of Curtis Palmer will be the first co-investment with Hydro-Quebec through the strategic alliance and the second opportunity for Hydro-Quebec to subscribe for additional common shares of Innergex, after the acquisition of the remaining 50% interest in Energàia Llaima SpA in July 2021.

Upon closing, each party will own indirectly a 50% interest in the facilities. Innergex is also announcing a $175 million bought deal equity financing of common shares and $43.5 million concurrent private placement of common shares to Hydro-Québec.

“We are thrilled to announce this first joint acquisition with Hydro-Quebec under the Strategic Alliance. The acquisition of Curtis Palmer represents an opportunity for Innergex to apply its 30 years of expertise in managing small run-of-river hydroelectric facilities, while leveraging Hydro-Quebec’s experience in New York to get a foothold in a new market,” said Michel Letellier, president and chief executive officer of Innergex. “We are also announcing today an equity financing that will be used to fund the purchase price of this acquisition and further our expansion and diversification efforts. We are very pleased with this support for Innergex and look forward to further grow in our Strategic Alliance with Hydro-Quebec.”

“After having been commercial partners with the State of New York for more than 100 years, we are now entering a new phase by investing directly in the State’s hydropower generation infrastructure alongside Innergex, to which we will both bring our extensive expertise. This investment clearly demonstrates our commitment to developing the share of renewables in the energy mix of North America,” commented Sophie Brochu, president and CEO of Hydro-Quebec.

The facilities have a power purchase agreement (PPA) for energy, RECs and capacity with Niagara Mohawk Power Corporation that expires upon the earlier of either Dec. 31, 2027, or the delivery of cumulative 10,000 GWh (expected in 2026). After the PPA expires, it is expected that the facilities will sell energy, RECs and capacity in the NYISO market. The New York renewable energy market benefits from state programs that support existing renewables and can offer additional upside potential to the facilities, including the recent Tier 2 REC program, and the introduction of the social cost of carbon into energy markets.

The acquisition is expected to close in Q4 2021 and is subject to regulatory approvals including FERC and HSR, as well as customary closing conditions.

Innergex has entered into an agreement with a syndicate of underwriters led by CIBC Capital Markets, National Bank Financial Inc., BMO Capital Markets and TD Securities Inc., pursuant to which the underwriters have agreed to purchase on a bought deal basis an aggregate of 9,021,000 common shares at an offering price of $19.40 per share for aggregate gross proceeds of about $175.0 million. Innergex has granted the underwriters an over-allotment option, exercisable in whole or in part at any time for a period of 30 days after the closing of the offering, to purchase up to an aggregate of an additional 1,353,150 common shares at the offering price.

Innergex is an independent renewable power producer that develops, acquires, owns and operates hydroelectric facilities, wind farms, solar farms and energy storage facilities in Canada, the U.S., France and Chile. Its portfolio consists of interests in 77 operating facilities with an aggregate net installed capacity of 3,071 MW (gross 3,741 MW) and an energy storage capacity of 150 MWh, including 38 hydroelectric facilities, 32 wind farms and seven solar farms. The 60 MW of capacity from Curtis Palmer will increase Innergex’s hydro portfolio to 1,259 MW and total portfolio to 3,801 MW of gross capacity. Innergex also holds interests in eight projects under development and an energy storage capacity of 329 MWh, as well as prospective projects at different stages of development with an aggregate gross capacity totaling 6,931 MW.

Hydro-Quebec generates, transmits and distributes electricity. It is Canada’s largest electricity producer, and its sole shareholder is the Quebec government.