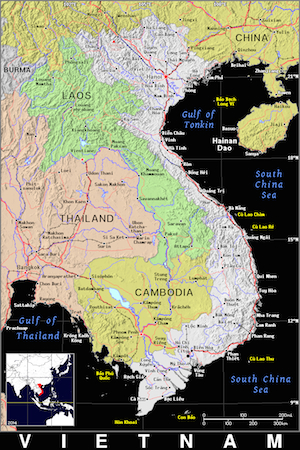 Chubu Electric Power Co. has participated in a bid for a partial share acquisition of Bitexco Power Corporation (BPC) in Vietnam, which owns and operates 21 hydropower plants and one solar plant.

BPC is a subsidiary of the infrastructure development company Bitexco Group of Companies and as a total generation capacity of 1,038 MW.

Chubu has successfully entered into a Share Purchase Agreement with certain existing shareholders who are selling their shares in BPC and will ultimately become a 20% shareholder of BPC, subject to certain regulatory approvals.

For Chubu, this is the first investment in Vietnam as well as in a hydropower company abroad.

According to the statement from Chubu: “We will work to maximize the company value of BPC by utilizing the technology and expertise related to hydropower maintenance that we have accumulated over 70 years in Japan. With the anticipated continuing expansion of renewable energy in Vietnam, by becoming a vital partner of BPC we will contribute to the realization of a carbon-neutral society.”

Chubu states that with Vietnam’s rapid economic growth, electricity demand is expected to expand significantly. The draft Power Development Master Plan (PDP8) for 2021-2030 released by the Ministry of Industry and Trade of Vietnam suggests demand will increase to 491.3 TWh in 2030.

Vietnam also has a high potential for renewable energy due to abundant solar radiation and suitable wind conditions both onshore and offshore, making it an ideal location to position business activities, states Chubu.