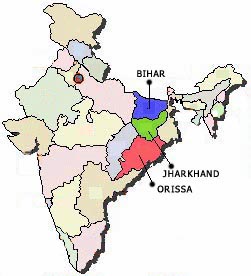 The state cabinet of Bihar has approved the handover of eight hydropower projects to neighboring Jharkhand, in addition to closing three and cancelling the development of two others.

According to document filed with the cabinets secretariat this week, the projects being transferred to the Jharkhand government include the:

All of the plants were previously owned by the Bihar State Hydroelectric Power Corp. Ltd., which did not specify why it was surrendering the projects to Jharkhand.

The company also announced it was closing its 2-MW Kattanya, 7-MW Nirmali and 8-MW Bathnaha projects due to a lack of economic production, and canceling development of the 7-MW Ararghat and 50-MW Begaha plants due to land disputes.

Jharkhand and Bihar are located along India’s eastern border with Nepal. The two were a single state until 2000, when Jharkhand split from Bihar.