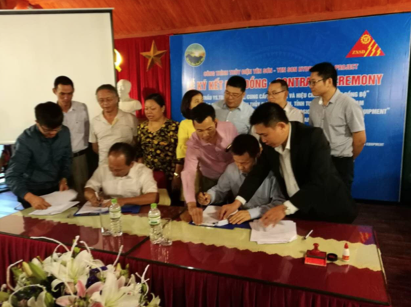 California-based equipment supplier JHP & Associates Inc. has been awarded a pair of contracts for hydropower projects in Vietnam and the U.S.

The equipment will be manufactured by the Tianfa Heavy Machinery & Hydro Power Equipment Manufacture Co. Ltd. in Tianjin, China, which signed a distribution deal with JHP in 2014.

The US$35 million contract, offered by Yen Son developer Binh Minh Construction and Tourism Group JSC, will be the largest engineering, procurement and construction to be fulfilled by Tianfa.

JHP was also recently awarded a contract by the Alaska Power & Telephone Co. to provide a Pelton turbine, generator and inlet valve for the 5-MW Hiilangaay plant near Hydaburg, Alaska.

The project will be owned by Haida Energy, which is a joint venture between Alaska Power & Telephone and the Haida Corporation. Land for the plant was selected by Haida under the Alaska Native Claims Settlement Act for its hydroelectric potential.

Hiilangaay’s equipment will also be manufactured in Chinese facilities, with assurances that it meets U.S. quality standards and client performance needs. Delivery of the equipment is expected for this fall.

“It’s been a great journey and very pleasant experience for JHP to work closely with AP&T in the past several years,” JHP CEO John Zhang said. “AP&T’s recent decision to visit our facilities to meet with our people face-to-face made it possible to best understand the requirements, and expedited the process significantly.”

The Hiilangaay project was previously licensed by the Federal Energy Regulatory Commission as the Reynolds Creek plant, but the name was changed in August 2015 to reflect the wishes of the local tribal community.