More
Home Business & Finance John Collins to be president of Cube Hydro after Johnson moves to... 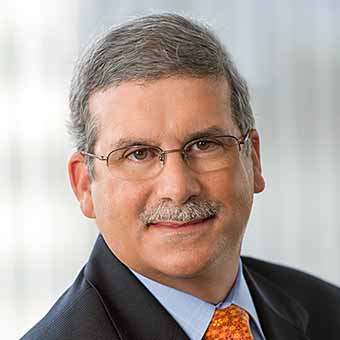 John Collins has been elected president of Cube Hydro, effective Aug. 23. Former chief executive officer Dr. Kristina Johnson is transitioning to her new role as Chancellor of the State University of New York.

Cube Hydro was founded in 2014 and has acquired 19 hydropower plants in the U.S. and invested hundreds of millions of dollars to optimize and upgrade the domestic generation of clean, renewable energy, according to a press release.

Dr. Johnson co-founded the company. She will continue as a board observer. Before Cube Hydro, Dr. Johnson was under secretary of energy at the U.S. Department of Energy.

Dr. Johnson was a keynote speaker at HydroVision International 2017. At that event, it was announced that Cube Hydro will partner with GE Renewable Electric to install a trio of aerating turbines at the High Rock hydropower plant in North Carolina.

“Kristina has fostered a culture of innovation at Cube that has resulted in the company’s rapid growth from producing 21,000 MWh of electricity to 1.4 million MWh annually,” said Sadek Wahba, chairman of the board. “The board appreciates Kristina’s substantial accomplishments and thanks her for her dedication and leadership.”

Collins formerly was executive vice president of Cube Hydro. Before that, he spent 22 years with Constellation Energy Group Inc. and Baltimore Gas and Electric Company, where he retired as senior vice president of integration.

“John Collins has been working with Kristina at Cube Hydro since day one and is an integral part of the company’s success and dramatic growth to date,” Wahba said. “He has broad experience in the energy industry, has been engaged in every aspect of Cube’s business, and has a strong track record of success.”