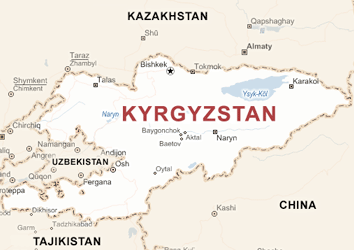 The Kyrgyz Republic and Liglass Trading, based out of Zelezny Brod in the Czech Republic, today signed agreements in Bishkek, Kyrgyzstan, for construction and operation of the 100-MW Akbulun hydropower plant and Naryn-1 of the proposed 237-MW Upper-Naryn cascade, according to Kyrgyzstan President Almazbek Atambayev’s office.

Under the same agreement, the company would be responsible for implementing the construction of small hydropower stations in the Kyrgyzstan Project, which includes a string of 10 smaller electricity-generating units.

HydroWorld.com reported the Kyrgyzstan parliament backed out of a deal with Russia in January 2016 that included building the Akbulun and Naryn-1 hydropower plants after months of speculation regarding Russia’s ability to meet its financial commitments to Kyrgyzstan. Negating the deal, worth more than US$3 billion, would have added over 2 GW of hydroelectric capacity to Kyrgyzstan.

Originally, to build the plants, estimated costs were reportedly between $400 million and $700 million.

According to today’s announcement, Liglass Trading will spend about $37 million to purchase 50% of RusHydro’s stake in the project’s operating company, ZAO Verkhne-Narynskie GES.