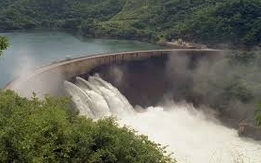 The amount of water in Lake Kariba is at its lowest in 20 years, with the reservoir being just 40% full in July, according to multiple news sources.

Nearly half of all electricity produced in the country comes from the hydropower facilities on Lake Kariba, in the Kariba Gorge of the Zambezi River basin.

As a result of the power shortage, the country’s economic crisis has become more severe. The kwacha has dropped 20% against the dollar this year, and reports indicate investors are starting to abandon Zambian assets. In June, Finance Minister Alexander Chikwanda cut his forecast for economic growth in 2015 to 5.8%, from more than 7%.

Zambia is the second-biggest copper producing country, and state-owned utility Zesco asked mining companies to curb power demand by 30%. The long-term effect of this reduction on copper production is not yet known.

Further complicating the situation, the dam requires an estimated US$300 million for rehabilitation and continued safe operation. Concerns arose from an alkali-aggregate reaction in the dam wall, which could induce swelling within the concrete mass. In addition, the plunge pool below the sluice gates is eroding toward the dam’s foundation.

Zesco owns a total electrical generation capacity of 2,202.75 MW, with 99% of its production from hydro and 1% from diesel.