The British government has sold the UK Green Investment Bank Ltd. (GIB) to a consortium led by Macquarie, an Australian-based bank, for £2.3 billion ($2.96 billion).

Macquarie Capital, the advisory, capital markets and principal investment arm of Macquarie Group combined with GIB have investment in the UK across a range of technologies, including tidal energy, energy storage and other renewables.

According to the UK, “The government decided that moving [GIB] into the private sector now would free it from the constraints of public sector ownership allowing it to increase investment in our green infrastructure as we transition to a green economy. GIB’s independent Board of Directors supported the government’s decision to sell the business to Macquarie.”

The UK government also said it will continue to hold an interest in a portfolio of a small number of GIB’s existing green infrastructure investments. These assets will continue to be managed by GIB until they can be sold on in a way that returns best value for taxpayer’s money.

Earlier this week, a consortium of global institutional investors led by Macquarie Infrastructure and Real Assets (MIRA) completed an agreement with Energetickà½ a prÅ¯myslovà½ holding a.s. (EPH) on the sale of a 31% stake in EP Infrastructure a.s. (EPIF).

In 2016, after EPH sold a minority stake in EPIF, Kretinsky said, “We have created a leader in energy infrastructure in Central Europe, bringing together some of the strongest EPH assets in one integrated group.”

The Supreme Court of the Slovak Republic in June 2016 upheld a lower court’s decision, the Regional Court in Bratislava, that invalidated the contract for operation of the 720-MW Gabcikovo hydropower plant in Slovakia, which was signed between SE and privately owned utility Vodohospodarska Vystavba S.P. 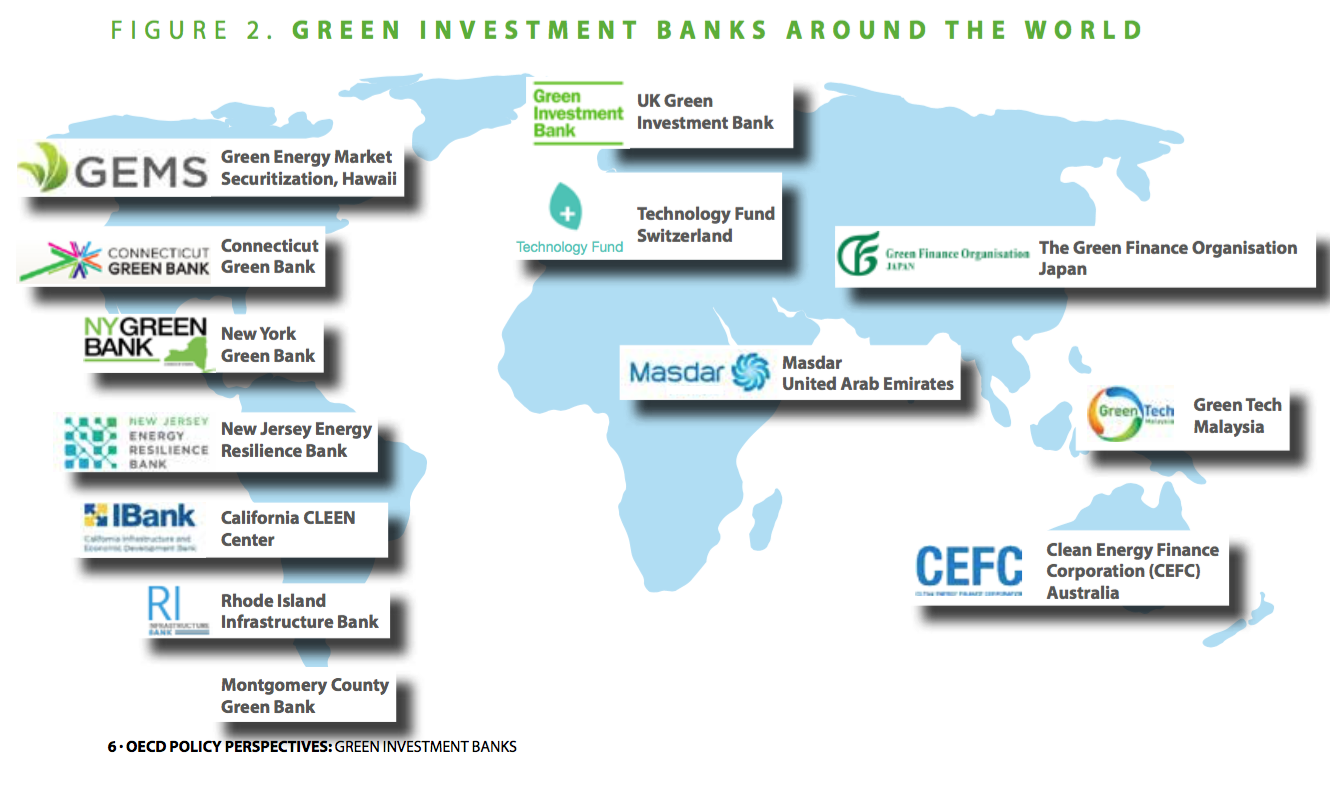 According to the United Nations Organization for Economic Co-operation and Development (OECD), in 2015 about 13 national and sub-national governments have created public green GIBs and GIB-like entities.

Many of the investments GIBs mobilize, according to OECD, are undertaken in urban areas where 54% of the world’s population lived in 2014 and where 66% is projected to live by 2050. Some of the established GIBs dealing with renewables make specific mention of their involvement with hydro, which include the following: