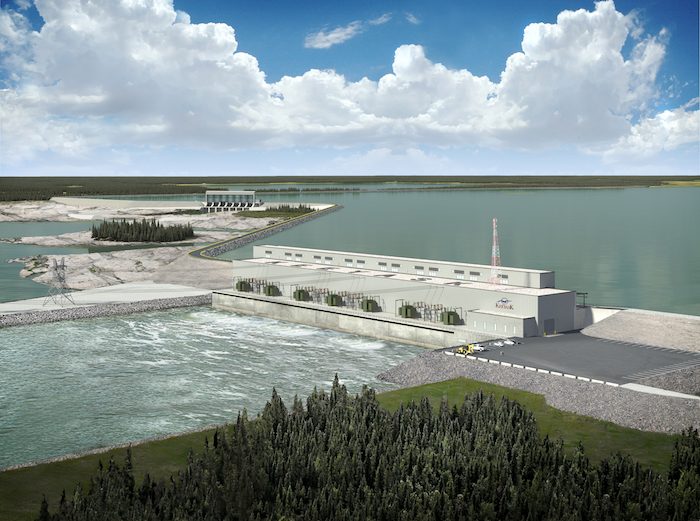 Campbell is chief executive officer of Hawksmuir International Partners. He was premier of British Columbia from 2001 to 2011 and served as Canada’s high commissioner to Great Britain from 2011 to 2016.

“Mr. Campbell has been appointed pursuant to The Manitoba Evidence Act to review the planning and decision-making processes relating to the Keeyask Generation Project and Bipole III Transmission and Converter Stations Project,” Mayer said. “In particular, he will review actions taken prior to and during the construction of those projects. We have asked Mr. Campbell to make recommendations to ensure future projects are developed and managed in the best interests of all Manitobans.”

The review has a budget of $2.5 million and will begin immediately, the minister said. It will build on work previously conducted by the Public Utilities Board and Manitoba Hydro. Campbell will deliver his final report by no later than Dec. 31, 2019, the minister noted.

The 695-MW Keeyask hydro project, under construction on the Nelson River, is anticipated to be complete in 2021 at a cost of US$7 billion. In March 2017, a significant increase in the control budget for Keeyask, as well as a revised commissioning date, was announced. Originally, cost for the project was to be US$4.8 billion.

Bipole III is a 500-kV transmission line that would stretch from Keeyask, more than 1,380 km to the southern Winnipeg area. The price tag for this project grow to $5 billion from $4.65 billion, with a completion delay of 12 to 15 months.

In other recent news, Manitoba Hydro’s 2017-18 annual report showed that total consolidated net income was down nearly 50% from 2016-17, primarily thanks to $50 million in restructuring charges.