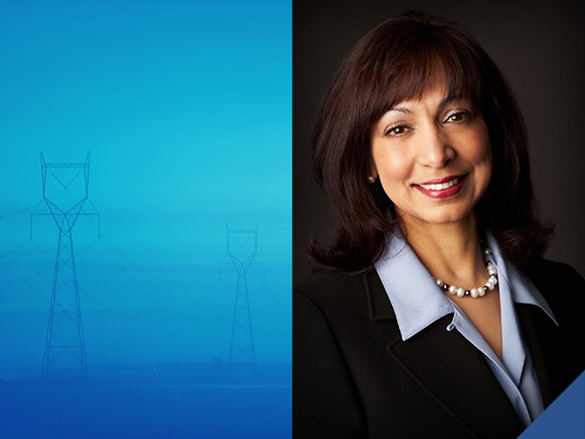 Grewal will be the Crown corporation’s first female president and CEO.

Previously, Grewal was president and CEO of Northwest Territories Power Corporation. Before that, she held senior executive roles with Capstone Mining Corp., Accenture Inc., BC Hydro and CIBC World Markets.

“Ms. Grewal’s appointment follows an extensive national search conducted by the Manitoba Hydro-Electric board,” said Marina R. James, board chair. “We look forward to her bringing new perspectives to Manitoba Hydro, as it moves forward with continuing to provide Manitobans with reliable, cost-effective electricity and natural gas services.”

She will be inheriting some challenges, with Manitoba Hydro undergoing scrutiny around costs of development for two projects under way. Additionally, in August Manitoba Hydro reported its consolidated net income for the fiscal year ending March 31, 2018, was down by nearly 50% from the previous year.

In other news, in late October, Manitoba Hydro and Saskpower signed a term sheet providing for a new long-term power sale. Under the agreement, up to 215 MW of renewable hydroelectricity will flow from Manitoba to Saskatchewan beginning in 2022.

The sale will last a minimum of 18 years with a potential extension up to a total of 30 years. Financial terms of the transaction are confidential.

“This clean hydroelectric power represents a significant step forward when it comes to reaching SaskPower’s goal of reducing greenhouse gas emissions by 40 per cent by 2030,” said Mike Marsh, president and CEO of SaskPower. “It’s also reliable baseload electricity, which we’ll need as we add more intermittent generation options like wind and solar.”

Shepherd said: “The energy we will be providing to SaskPower is reliable, renewable hydroelectricity that is currently surplus to the needs of Manitobans. Revenues from this sale will assist in keeping electricity rates affordable for our Manitoba customers, while helping SaskPower expand and diversify its renewable energy supply.”

The sale to SaskPower will utilize capacity provided by a new 230-kV transmission line planned for construction between Birtle, Manitoba and Tantallon, Saskatchewan. The line is anticipated to be in service in 2021.

By 2022, Manitoba Hydro will be supplying up to 315 MW of hydroelectricity to Saskatchewan.