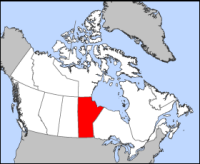 “While we did conduct an extensive review of MHI’s operations using an independent third party, no decisions have been made,” said Jay Grewal, president and chief executive officer of Manitoba Hydro. “We are still assessing that review to assess risk of potentially higher costs for Manitoba Hydro customers.”

MHI provides energy consulting and management services worldwide, as well as research and development and energy support services around the world and in Manitoba, Canada. The subsidiary has seen revenue decline by 22% since 2017, with profitability declining by 40% over the same period. At the same time, the safety and security risks of operating in developing and emerging markets, where MHI conducts a lot of its operations, have increased significantly.

In addition, there is an increasing lack of alignment between MHI’s services and Manitoba Hydro’s core operations as an electrical and natural gas utility.

“These growing financial and fit concerns require us to consider how MHI fits into Manitoba Hydro’s mission going forward. While other Canadian utilities have chosen to divest themselves of their international divisions, we have not reached any conclusions and have not provided a recommendation to our Board of Directors,” Grewal said. “Our core business is to supply Manitobans with reliable, renewable energy and clean burning natural gas at the lowest possible cost.”

“This is about ensuring we operate in as an efficient manner as possible and are aware of all the risks involved in our various activities. Protecting our customers from potential risks that could impact the cost of their energy and our core business of keeping the gas flowing and the lights on is a critical part of doing that,” she said.

Manitoba Hydro serves 586,795 electric customers in Manitoba and 284,996 natural gas customers in southern Manitoba. About 96% of the electricity the company produces is generated at 15 hydroelectric stations on the Nelson, Winnipeg, Saskatchewan, Burntwood and Laurie rivers.