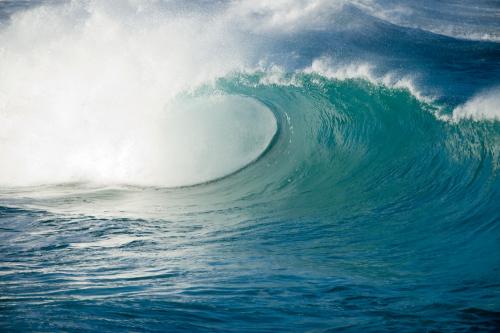 During March, major announcements related to project development, research and funding in marine energy were made throughout the world. The following information briefly summarizes seven different announcements.

The grant is for a “Research Experiences for Undergraduates” (REU) project titled “Removing Barriers to Ocean Current Based Electricity through Undergraduate Research.”

FAU will host 10 undergraduate students for a 10-week summer program which will utilize an undergraduate research training approach that includes:

French Minister for Energy, Segolene Royal, this month announced the French government will launch a new round of commercial tenders for tidal energy.

According to Ocena Energy Europe (OEE), two deployment zones are being identified by regional authorities in Brittany and Normandy, and will be subject to a competitive tender managed by the French government. The zones will accommodate projects of 50-100 MW.

Rémi Gruet, OEE chief administrative officer said, “This is a positive development for the European tidal power sector. Over the past months, tidal technologies have taken-off and developers now need areas where they can demonstrate arrays and full-scale farms. France has a world-leading tidal energy supply chain. These new tenders could leverage the experience recently gained in other parts of Europe to push tidal energy to commercialization and are an important step to mainstreaming tidal energy in Europe.”

The project will be delivered in stages and involve an initial 1-MW stage followed by a 20-MW wave farm. Successful demonstration of the 20-MW farm could in turn lead to an expansion of 100 MW.

Associated with Carnegie’s Albany Wave Project is the establishment of the Wave Energy Centre of Excellence in collaboration with the University of Western Australia’s Oceans Institute and Albany Campus.

The Centre of Excellence will draw together the capabilities of Carnegie’s world leading CETO technology and existing Australian and international research relationships. The local Western Australian investment will apply WA’s existing unique offshore energy capability to the development of a wave energy industry, creating domestic and export opportunities.

Published reports indicate the Port of Milford Haven is leading the development process and has partnered with Marine Energy Wales, ORE Catapult and Wave Hub and is working alongside Swansea University and Pembrokeshire College.

Funding for development at Pembroke Dock Marine will allow the formation of the Marine Energy Test Area (META). META will include the Pembrokeshire Wave Energy Demonstration Zone, which can be used by developers to test marine energy devices in open sea conditions. META also includes creation of the Marine Energy Engineering Centre of Excellence to coordinate and share knowledge, resource, experience and capacity between existing and future developers.

Wavepower Technologies Ltd., based in Glastonbury in the UK, will establish research and development operations at The Entrepreneur Ship, based at the MaREI Centre for Marine and Renewable Energy in Ringaskiddy, County Cork, in the Lower Cork Harbor, according to Wavepower.

The operation will see the creation of up to 10 advanced engineering research jobs, but the cost of the endeavor is not immediately available.

According to Wavepower Technologies, The Entrepreneur Ship is part of the Irish Maritime and Energy Cluster — IMERC — strategic partnership between University College Cork, Cork Institute of Technology and the Irish Naval Service established to unlock Ireland’s maritime and energy potential.

Wavepower will have the opportunity to engage with MaREI researchers, and also access a range of the resources on site, including the Lir National Ocean Test Facility, the National Maritime College of Ireland and the Irish Naval Service.

Professor Jerry Murphy, MaREI director said, “We are delighted to welcome Wavepower to MaREI and to The Entrepreneur Ship. MaREI has brought together five universities, an institute of technology and 46 industries to solve challenges in marine and renewable energy. The Entrepreneur Ship is a vibrant maritime and energy enterprise space where ideas and people can thrive. We are confident that in this environment, Wavepower will optimize their innovative ocean energy technology.”

Atlantis confirms its MeyGen Phase 1a array marine energy project installed between November 2016 and January 2017 has been awarded full Ofgem accreditation as a 5 Renewable Obligation Certificate (ROC) project in February 2017.

ROCs are certificates issued to operators of accredited renewable generating stations for the eligible renewable electricity they generate.

MeyGen Phase 1a is the first build-out phase of the MeyGen Tidal Energy Project in the Inner Sound of the Pentland Firth, Scotland. Phase 1a has a capacity of 6 MW.

According to Atlantis Resources, in the first three weeks of March, average generation has been sufficient to power the equivalent of 1,250 UK homes and individually the power performance of the turbines has exceeded the contractual output guarantees, putting the project on track to achieve capacity factors significantly in excess of 40%.

The three turbines from Andritz Hydro Hammerfest (AHH) are now scheduled to undergo onshore inspection to permit AHH to implement system enhancements derived from the lessons learned during the initial period of operations. The turbines will then be redeployed in the next available tidal window, further validating the rapid retrieval and installation methodology which ensures cost effective operations and maintenance for the subsea assets.

The research paper is the result of a number of marine energy-related projects, conducted by Intertek Energy and Water, including an assessment of the water quality issues affecting the proposed Swansea Bay Lagoon, a number of resource and environmental assessments across the UK, as well as metocean and sediment transport studies.