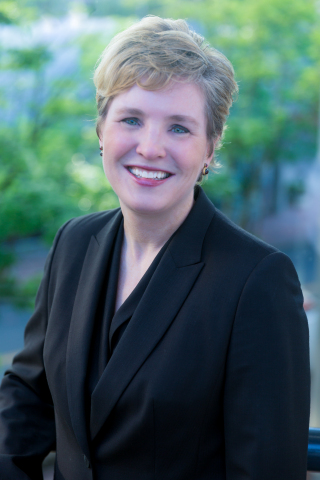 Maria Pope is now president, chief executive officer and a member of the board of directors for Portland General Electric, replacing Jim Piro, who retired Dec. 31.

Previously, she was senior vice president of power supply, operations and resource strategy. In this position, she oversaw PGE’s energy supply portfolio of 15 thermal, hydro and wind generation plants and the long-term resource strategy.

“I am honored to be selected to carry on PGE’s proud 128-year tradition of service and commitment to Oregon,” Pope said. “As our industry undergoes a period of rapid transformation and technological advances, our customers can depend on PGE to continue to serve them well and lead the way toward a clean energy future.”

Piro joined PGE in 1980 as an engineer. He notified the board of his decision to retire in July 2017.

“Jim Piro has been an exemplary leader for PGE over the past eight years as he assumed the role in the midst of an economic downturn and then led the company through sustained growth, setting the stage of opportunities that lie ahead,” said Jack Davis, chairman of the board of directors. “Maria is the right person to lead PGE into the future. She has broad experience across multiple industries, a track record of success and, most importantly, a deep understanding of our customers’ needs and the energy business.”