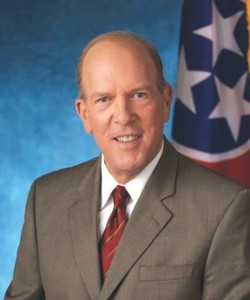 The Tennessee Valley Authority’s board of directors has sworn in Michael McWherter as its newest member, effective yesterday during a ceremony at the Estes Kefauver Federal Building and Courthouse in Nashville.

McWherter, who received unanimous confirmation from the U.S. Senate on January 1, was the state’s Democratic nominee in 2010. He currently serves as director and former chairman of First State Bank of Union City, Tenn., and has served on the board of directors with the Jackson Energy Authority.

He has also worked in private law with focuses on banking and administrative law, and clerked for the Tennessee Supreme Court.

“I am deeply honored to have been nominated,” McWherter said. “TVA is the largest economic engine in our region, and I look forward to working with TVA to be a cost-effective supplier of services to our customers.”

HydroWorld.com reported in November 2011 that the authority had named William D. Johnson as its new president and chief executive officer, effective January 1 of this year.

Johnson succeeded Tom Kilgore, who had previously served in the same capacity since 2005.