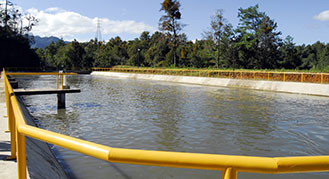 Mexican mining company Minera Autlan will acquire the remaining minority interest in Compania de Energia Mexicana in a bid to increase its presence in the green energy sector.

Per documents filed with the Mexican stock exchange this week, Autlan already owned a majority stake in CEM after acquisitions in 2010 and 2014, and, by extension, the 34-MW Atexcaco hydropower project operated by the utility.

Autlan had previously used Atexcaco to provide energy for about a quarter of its mining operations, though this week’s filing shows its intent to become a power provider via a new two-year deal with an undisclosed client in the State of Mexico.

The announcement is a continuation of an April announcement in which Autlan said it will invest up to US$200 million into yet-unnamed wind and hydroelectric projects.

In addition to Atexcaco, the company’s website also lists the Xoloco I and II project on the Xoloco River, which will be completed in two phases. Phase I is expected to involve an investment of US$8.6 million and provide average annual generation of 24 GWh. Phase II will involve the construction of a second powerhouse to take advantage of excess water during the rainy season.