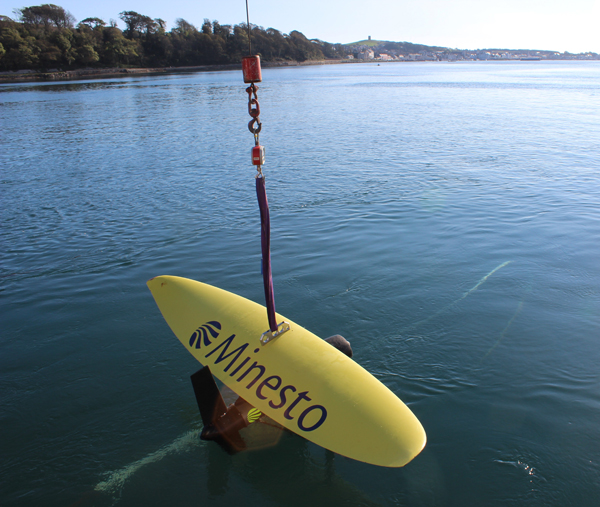 Minesto AB is a marine hydrokinetic (MHK) energy company based in Vastra Frolund, Sweden that developed the Deep Green MHK technology. Today, Minesto announced it has raised about US$17.2 million through more than 2,500 new shareholders in connection with its listing on First North at NASDAQ Stockholm and a separate issue to institutional investors.

Results from the share offerings ensure Minesto has fully-funded its Deep Green MHK technology program to this point, and the company said it intends to use the net proceeds from the offering to fund the project’s commercial phase.

In September, Minesto made application to list company shares on First North at NASDAQ Stockholm in a public offering worth about $11.1 million.

Now that the new public offering is complete and institutional investors have subscribed, the planned first day of trading the company’s shares is set for Nov. 9.

The European Regional Development Fund awarded Minesto $14.6 million in May through the Welsh Government for Deep Green’s commercial roll out. On Sept. 25, Minesto announced it received a $3.84 million capital investment from KIC InnoEnergy (KIC IE), making it the largest-ever single investment by KIC IE in the MHK energy market.

The company said since 2006, it has invested more than $22.1 million in developing of the patented technology.

Deep Green has been producing electricity off the coast of Northern Ireland for more than two years, and Minesto said Deep Green is the only proven MHK power plant that operates efficiently in areas that have low velocity currents.