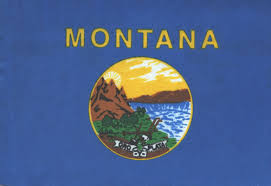 The Governor of Montana currently is considering a bill that would revise the Montana Renewable Power Production and Rural Economic Development Act to, among other things, include existing hydroelectric resources in the definition of “eligible renewable resource” under the state’s renewable portfolio standard.

Montana’s current RPS requires that electric utilities get 15% of their energy from renewable sources.

The existing act, adopted in 2005, limited hydro projects receiving credit to those that do “not require a new appropriation, diversion, or impoundment of water and that has a nameplate rating of 10 megawatts or less” or “is installed at an existing reservoir or on an existing irrigation system that does not have hydroelectric generation as of April 16, 2009.” Also included were expansion of existing projects that commenced construction and increased existing capacity on or after Oct. 1, 2013.

The primary sponsor of this bill was Sen. Debby Barrett (R).

Dissenters say the new bill would not achieve the intent of the RPS, to drive new investments and develop new sources of clean, domestically produced energy.

Private hydro project operators who could be affected by passage of this bill include NorthWestern Energy, which recently purchased 11 hydro facilities in the state from PPL Montana.