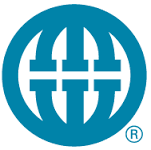 MWH Global has promoted three employees to senior vice president, according to a press release issued by the company, which is a provider of water and natural resources solutions for built infrastructure, including hydroelectric power, and the environment.

Clayton Bock, senior vice president and division director, Energy & Industry. He joined MWH in 2004 and has more than 25 years of professional experience. Bock holds B.S. and M.S. degrees in environmental health and safety and is based in Chicago.

John Hanula, senior vice president and director of global business development, Government & Infrastructure. He began working for MWH in 2003 and is a registered architect in 12 states. Hanula holds an M.S. in civil engineering and a B.S. in architecture and is based in Pasadena, Calif.

Chander Sehgal, senior vice president and project manager. He joined MWH in 1974 and has nearly 40 years of experience, including hydroelectric, dam and tunnel projects. Sehgal has an M.S. in civil engineering and a B.S. in mechanical engineering and is based in Chicago.

HydroWorld.com recently announced that MWH Global had been selected to serve as owner’s engineer for the 102-MW Gulpur hydropower project in Pakistan.