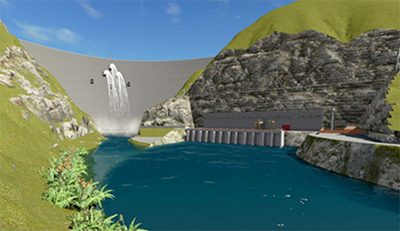 “Political prejudice or pressure from rival companies may have been instrumental in scrapping of the project. But for us, hydropower is a main focus and come what may, we will revive the Budhi Gandaki project,” said Communist Party of Nepal (CPN)-Unified Marxist-Leninist (UML) leader Khadga Prasad Sharma Oli.

Although not specifically stated, by Oli saying “revive,” he is referring to reinstating the development process for the hydro project through CGGC, the company originally named developer under the Chinese-led Belt and Road Initiative (BRI) in 2017.

Additionally, after becoming the largest party in the House of Representatives and prior to the 2018 vote for prime minister, CPN-UML promised to give development of the project back to CGGC if the party prevailed in the election.

Belt and Road Initiative
BRI is a massive $900 billion China-proposed measure issued by the National Development and Reform Commission, Ministry of Foreign Affairs, and Ministry of Commerce of the People’s Republic of China, with State Council authorization, on March 28, 2015.

According to the initiative, it aims to promote the connectivity of Asian, European and African continents and their adjacent seas, establish and strengthen partnerships among the countries along the Belt and Road (the Silk Road Economic Belt and the 21st-Century Maritime Silk Road), set up all-dimensional, multi-tiered and composite connectivity networks, and realize diversified, independent, balanced and sustainable development in these countries.

Budhi Gandaki project background
The project, envisioned by the Nepalese government for more than a decade, will be located in the Dhading and Gorkha districts and if completed could help alleviate the country’s energy deficit and decrease its reliance on fossil fuels.

CGGC was originally awarded the contract to build Budhi Gandaki in May 2017 under an engineering, procurement, construction and finance model through the BRI by then Prime Minister Pushpa Kamal Dahal, who was also head of the CPN-Maoist Centre.

Dahal was in office from Aug. 4, 2016 until he resigned and left office on June 7, 2017. Dahal was succeeded by Sher Bahadur Deuba of the Nepali Congress (Democratic).

In November 2017, HydroWorld.com reported Nepal’s Energy Minister and Deputy Prime Minister, Kamal Thapa, announced Nepal had “scrapped plans” to use CGGC to develop the project because the original agreement had “irregularities.”

Thapa said, “As per parliamentary direction from a committee during a Cabinet meeting Nov. 13, the project with CGGC has been scrapped.”

The committee said the government breached Nepal’s Public Procurement Act, because CGGC was selected without initiating a competitive bidding process.

Thirteen days later on Nov. 27, the government appointed NEA as the project’s new developer. But, the move was seen as tenuous because of upcoming February elections, after which a new administration could be in place.

No information is available about Oli administration plans to re-award the project to CGGC.