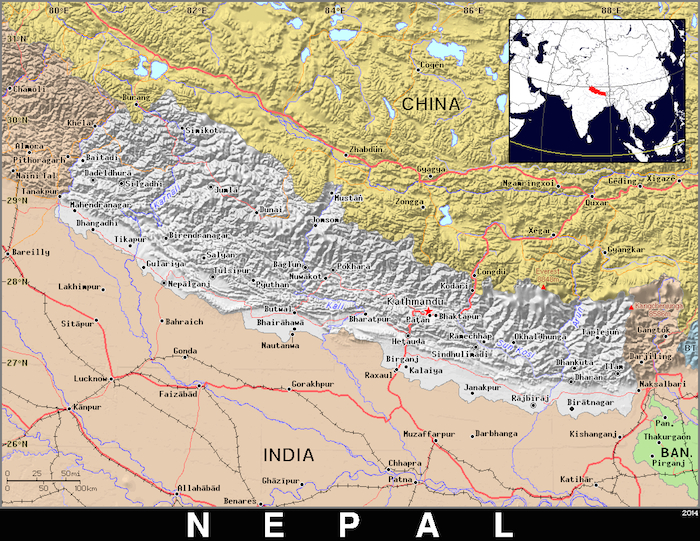 On Dec. 17, Hydroelectricity Development & Investment Co. Ltd. (HIDCL) announced it is seeking to lead development of hydroelectric projects in Nepal that have a generating capacity greater than 25 MW. HIDCL is based in Babarmahal, Kathmandu, Nepal.

Scaling-Up Renewable Energy Program (SREP) formally registered HIDCL in July 2011, as one of several Nepali organizations approved to receive its investment funds for use to develop hydroelectric generation facilities.

According to SREP, state-owned HIDCL has an authorized capital of US$790 million, and existing capital of US$63.2 million. HIDCL said it is authorized to invest US$158 million in hydropower projects above 25 MW.

HIDCL funding includes, but is not limited to, the following domestic and international sources:

Climate Investment Funds (CIF) is using part of its US$7.6 billion portfolio to invest about US$524 million in low-income nations to create access to reliable hydroelectric power through SREP.

Nepal, which has a population of more than 27.8 million according to 2013 census data, is presently facing an energy crisis of unprecedented proportions. International organizations, similar to CIF, estimate almost half of the country is without access to electricity.

According to information from SREP, the 706 MW total installed capacity of Nepal Electricity Authority (NEA) is inadequate to meet demand even though it is supplemented by purchasing power from India. Only about 56% of Nepal’s population has access to electricity, which includes off-grid solutions.

Although no information is available on specific projects HIDCL seeks, the company is determined to provide a Nepal-based structure to mobilize funding for hydroelectric projects.

“We are engaged in a mission to mobilize funds from domestic and international resource bases,” HIDCL said. “This will cater to the needs of investments in middle- to mega-hydroelectricity generation, transmission and distribution projects.

HIDCL has never headed a hydropower project. But, it has invested in Nepal’s “Super Six” hydroelectric projects scheduled to be complete by 2019:

The Nepali government has issued licenses to 89 promoters to construct projects that range in capacity of 500 KW to 456 MW, for a total installed generating capacity 2,355 MW. However, NEA and the private sector have only completed 38 projects with combined installed capacity of 706 MW, according to the NEA.

HIDCL said, “We exist to mobilize funds for investment in generating, transmitting and distributing hydroelectricity to free the country from the chronic power shortages.”

In addition, the company mandates that it will do the following:

HIDCL said it also plans to fund related hydroelectric ventures that fall under the scope of its investment policies.