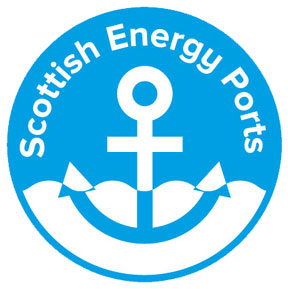 The parent company of Wave Energy Scotland (WES), Highlands and Islands Enterprise (HIE), through collaboration with Scottish Enterprise and the British Ports Association (BPA), have released the Scottish Ports Directory.

According to an announcement today from BPA, the directory is aimed at the energy industry to provide up-to-date technical information — the existing capabilities at each location — on ports active in the marine energy industry covering oil and gas decommissioning, subsea and renewable energy sectors.

The directory features 26 sites across Scotland, it is open to all Scottish ports and there is no cost to use or participate in the directory.

BPA says the Scottish Ports Directory allows users to search for specific technical data across its listed ports via an interface to identify key site characteristics without having to individually search through each port.

Selected port information can be downloaded as a PDF.

Gavin MacKay, head of energy industries at HIE, said, “We already have some world class capabilities in and around our ports and harbors, enabling world leading offshore energy projects such as the Beatrice Offshore Wind Farm and the MeyGen Tidal Array.”

In August, the 6-MW MeyGen Phase 1A project, located on Inner Sound of Pentland Firth, had a total production approaching 2 GWh, according to Atlantis Resources Ltd.

According to Nova, the funding, combined with additional existing financing, is allowing Nova and its partner, Belgian energy company ELSA, to utilize close to $6.4 million to develop a 500-kW tidal array in Bluemull Sound.

“Marine renewable technologies offer huge potential to the Scottish economy — and to rural communities throughout the world,” Minister for Business, Innovation and Energy, Paul Wheelhouse, said in Tuesday’s announcement. “This capability directory will further demonstrate the quality port and harbor sites in Scotland, helping to attract and accelerate investment opportunities.”

WES was set up in 2014 as a subsidiary of HIE and is fully-funded by the Scottish government. In April, WES awarded a total of $3.7 million to four wave energy technology developers that were selected to stage No. 2 of WES’s Novel Wave Energy Converter program.

In March, HydroWorld.com reported, WES awarded a total of $9.2 million for power take-off projects in stage No. 3 of its wave energy program, which will be completed over the next two years and involve 15 organizations from across Scotland.