Mercury Energy, an Auckland, New Zealand-based renewable energy provider, today announced an increase of about 5% in earnings before interest, tax, depreciation, amortization and fair value (EBITDAF) to US$270 million for HY2017 (half year 2017).

The company’s results for the six months ended Dec. 31.

Mercury Energy said its financial results reflect a strong operating performance, together with above-average rainfall that enabled a 7% increase in hydropower generation. The company updated its FY2017 hydro generation forecast in October 2016 to 4,250 GWh.

Mercury Energy, operating on the North Island, is 51% state-owned and 49% publically held. The company has nine hydropower holdings (including two plants at its Maraetai complex) on the Waikato River, which is the longest river in New Zealand at 425 km (264 m) and runs through North Island. It also owns and operates five geothermal plants on the island in the Taupo area. 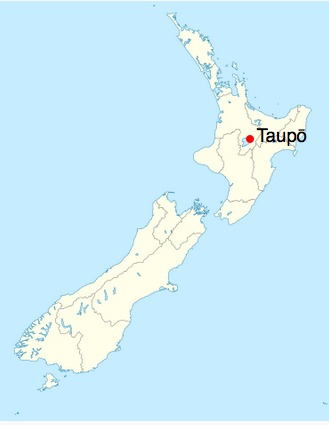 EBITDAF adjustments rose to US$113 million from $74 million for the same period of 2015, and the company increased its interim dividend marginally to 5.8 cents a share. This represents 40% of the full-year ordinary dividend guidance of 14.6 cents per share, a 2.1% increase on FY2016.

Joan Withers, Mercury director and chairperson of the Board, in a press release said the company will pay a fully-imputed interim dividend of 5.8 cents per share on April 3, 2017 to 90,000 owners, including the Crown [Electricity Authority]. The Electricity Authority is an organization that forms part of New Zealand’s state sector established under the Crown Entities Act 2004.

By initial commission date, Mercury Energy’s hydropower holdings on the North Island include the following:

According to the company, total hydro generation increased 205 GWh for the same period in 2016 to 1,112 GWh. This reflects inflows into the Taupo catchment being 28 GWh above average and storage being 134 GWh above average at the start of the period.