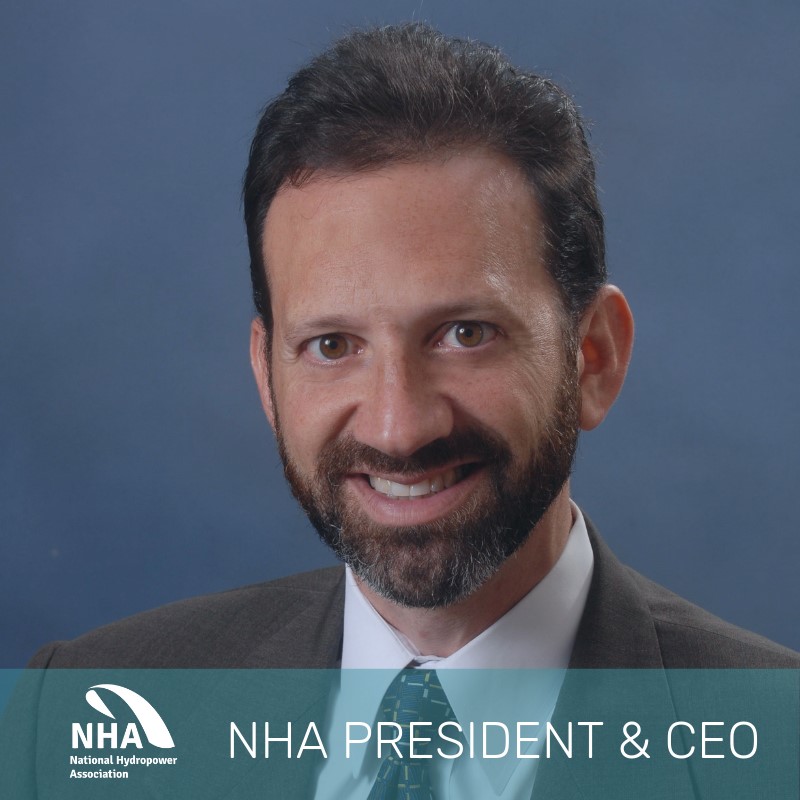 His appointment was officially announced to the HydroVision International attendees during the opening keynote session on Tuesday, July 23.

Ciocci will start a new position within the hydro industry — executive director of the Hydropower Foundation — and has launched her own consulting business, Ciocci Strategies LLC. She will remain an advisor to NHA until May 2020 to support the transition.

Woolf has decades of experience in the energy and environment field. He was a senior vice president with the Advanced Energy Economy and served in a cabinet level position for Maryland Governor Martin O’Malley, where he worked to promote affordable, reliable clean energy. He also led energy policy for the National Governors Association.

Woolf has experience in both the executive branch and Capitol Hill, having served at the Environmental Protection Agency and as a Congressional committee staff member.

NHA Chairman Alvin Thoma headed up the search process and reported to the Board he was very pleased with the caliber of candidates presented for consideration through a national search company, Heidrick & Struggles.

“Malcolm stood out among the candidates with his passion for clean energy, previous experience in state government, and his fundraising experience. The board is very excited about working with Malcolm in this next phase of NHA’s growth and development. His skill-sets marry nicely with our current challenges and the goals within our Strategic Plan,” said Thoma.

NHA members attending HydroVision International will have an opportunity to meet Woolf at a Meet and Greet in the NHA Booth (#8039) on Wednesday, July 24, from 10 am to 12 pm.