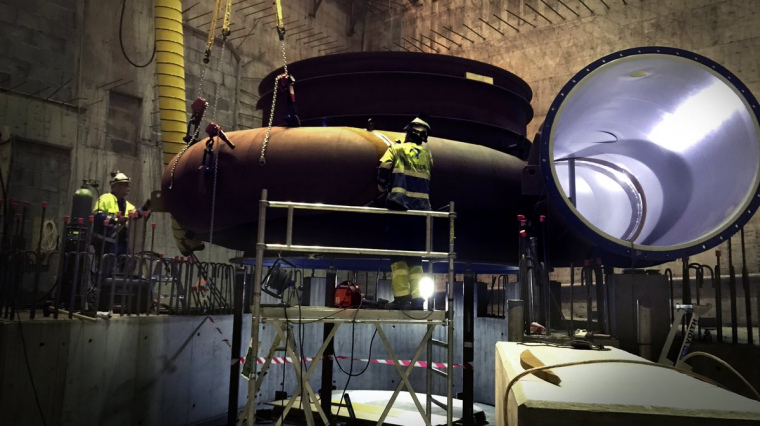 The Nordic Investment Bank (NIB) has signed a 10-year loan with Agder Energi AS of Norway to renew hydropower facilities and install an additional turbine at an existing hydro power plant in Agder, Norway.

The NOK600 million (US$65.6 million) loan will finance the à…seral Nord hydropower project along the Mandal watercourse. The project consists of a new dam, a tunnel and an additional turbine at the Skjerka power station. The investment is expected to increase production capacity by 60 GWh annually, to maintain security of supply and to contribute to more efficient use of hydropower resources.

Agder Energi is constructing a new dam directly downstream from the old Langevatn Dam, which dates to the 1950s. The new dam is 10 m higher and increases the reservoir volume from 22 million cubic m to 47 million cubic m.

As the existing about 13-km-long tunnel connecting Langevatn Dam to Nà¥vatn Reservoir is in poor condition and at risk of collapsing, the company is constructing a new tunnel of 7.2 km to enable better hydraulic capacity.

The Skjerka hydropower plant uses water from the Nà¥vatn Reservoir. The power plant will be equipped with an additional Francis turbine. The turbine hall (powerhouse) is located inside the mountain.

“The increased storage capacity, hydraulic capacity and generation will have a positive impact on the use of water resources and the management of downstream flows affecting a number of power units utilizing the river system. Projects like these are important in balancing the variable wind and solar power in the European power market and for contributing to the green shift” says Henrik Normann, president and chief executive officer of NIB.

NIB is owned by eight member countries: Denmark, Estonia, Finland, Iceland, Latvia, Lithuania, Norway and Sweden. The Bank finances private and public projects in and outside the member countries.