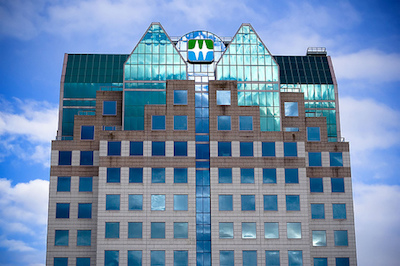 Jessica McDonald is out and Chris O’Riley is in as president of BC Hydro, confirming days of speculation in which questions regarding her future at the Canadian utility swirled amidst a transition to New Democratic Party power in the province’s legislature.

O’Riley has served as BC Hydro’s deputy chief executive officer since February 2015, and has been a utility executive since 2007. His tenure at BC Hydro extends to 1990, with other experience in generation, customer care, capital projects and corporate risk.

The move follows the appointment of Kenneth G. Peterson as chair of BC Hydro’s board last Thursday by British Columbia Premier John Horgan, who, alongside other NDP leaders, was sworn into office July 18.

McDonald, who has been previously described by Horgan as a “Liberal partisan”, was named President and CEO of BC Hydro in June 2014 following the retirement of Charles Reid. She had previously served as a deputy minister to former premier Gordon Campbell, who was then the leader of BC’s Liberal Party.

“The Board wishes to express its sincere gratitude to Ms. McDonald for her exemplary leadership and dedicated service to BC Hydro and recognizes the profound impact her vision, innovative thinking and unwavering commitment to excellence has had, and will continue to have, on the company,” the utility said in a statement.

McDonald had been instrumental in championing the controversial 1,100-MW Site C hydropower project, which has been touted as a means of helping BC Hydro meet what it anticipates to be a 40% increase in power demand over the next two decades.

Site C has been a significant point of contention for the NDP, however, with Horgan advising BC Hydro to sign contracts associated with its construction with caution in a June letter, pending an independent review of the project by the British Columbia Utilities Commission.

Work on the project is well under way, however, with with construction of Site C’s main civil works having begun in June 2016.

The complex was scheduled for completion in 2024, though McDonald said in June that delays and cost overruns could push Site C’s commissioning back by a year.