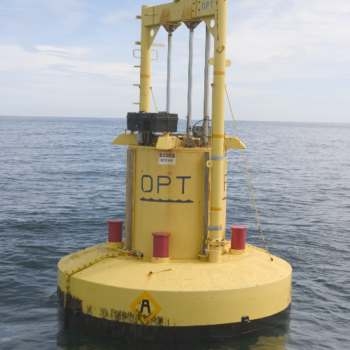 Technology developer Ocean Power Technologies Inc. has signed an agreement with international oil and gas giant Eni S.p.A. allowing for the installation of a demonstration generating unit in the Adriatic Sea.

The deal allows OPT to install one of its “PB3 PowerBuoy” units at an Eni site for an 18-month period. The unit will be used to demonstrate subsea charging for Eni’s autonomous underwater vehicles (AUVs), and might eventually be used to provide a remotely operated, stand-alone station and communications platform.

“We believe the Eni deploment could lead to other applications including the charging of underwater unmanned vehicles, well monitoring and decommissioning applications in the oil and gas industry, as well as metaocean data collection,” OPT President and CEO George Kirby said. “We hope to leverage this work to further expand the use of our PB3 PowerBuoy throughout our targets, including oil and gas, security, defense and telecommunications.”

Eni, based in Rome, has the option to extend the deal by a further 18 months after the initial term’s completion, or it could purchase the OPT unit.

OPT’s PowerBuoy units have been in development for a number of years. The New Jersey-based company deployed a previous iteration near New York City in 2015.