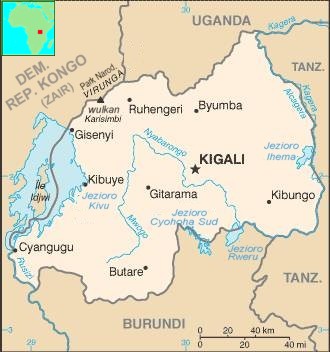 The small hydropower plant is to be located on the Mukungwa River and will actually be built in two phases. The first, a 2.6 MW project called Rwaza 1, is expected to be completed within 18 months, while a second 1 MW addition being called Rwaza 2 will be constructed later.

The Musanze project is being developed by Rwanda‘s DC HydroPower, with energy produced by the plants to be sold via a power purchase agreement with the Rwanda Energy Group.

“This power plant might be small in size, but we have no doubt that it will greatly contribute to our bold vision,” Rwanda Minister of Infrastructure James Musoni said during the ceremony, which also included officials from the German and U.S. embassies. “This project could not have come at a more opportune time, as we project our energy demand to soar.”

Musanze is part of the Rwandan government’s efforts to provide 70% of the African country’s population with access to electricity by 2018 — up from about 35% that currently has access.