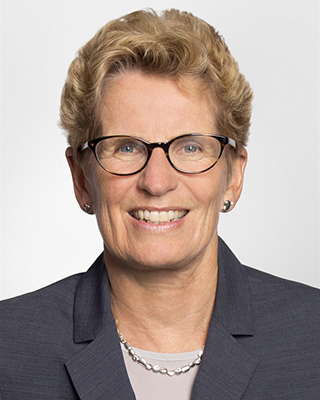 Saying, “this generation has been subsidizing not just those who came before, but those who will come next,” Ontario Premier, Kathleen Wynne, today announced how her administration plans to reduce residential electricity rates by 25%.

Wynne said she will seek legislation to refinance loan rates and set a new term longer than the current 20-year period to repay bank loans secured for an estimated C$50 billion (US$38 billion) investment in and maintenance of Ontario’s power system.

Published reports indicate extending the amortization periods for the life of nuclear, natural gas and wind and solar projects instead of the standard 20-year time period could cut the expense of contracted generation by more than $1.5 billion (US$1.1 billion) a year.

With regard to utilities and the income they receive, the rate reduction financed by a longer amortization period is expected allow utilities to operate in their current manner.

Most power producers in Ontario are reportedly paid more than the going rate for supplying electricity. The money above supply costs is used to build and maintain hydropower, gas-fired and nuclear plants for the long-term electricity supply.

In December 2016, Wynne and Quebec Premier Philippe Couillard, signed a seven-year deal worth an estimated C$1 billion (US$750 million), in which Ontario will be allowed to annually import up to 2 TWh of hydropower from Quebec. Ontario estimates it will save $70 million (US$52.5 million) over the life of the deal versus previous energy cost forecasts, Wynne said.

In October 2016, HydroWorld.com reported, Ontario Power Generation reached the financial close of a $220 million (US$164 million) private placement bond offering to complete the financing for the completed redevelopment and expansion of four hydroelectric stations on the lower part of the Mattagami River.

In her announcement, Wynne said, “In the past few years we have invested more than $50 billion in electricity infrastructure — new dams in the south, new towers in the north, $13 billion (US$9.6 billion) to refurbish nuclear power plants alone and billions more to ensure new transmission and distribution lines everywhere.”

Wynne provided some detail on the rate reductions.

“The cut will go to all households that pay for electricity,” she said. “There will be no asterisks, no loopholes and no exceptions. Our plan will lower electricity bills by 25% on average for all residential consumers in the province. And for those living in rural communities or with low incomes, the break will be even greater.

“In addition, this rate relief is designed to last. After we bring bills down by 25% we will hold them there with rates rising only with inflation — or roughly 2% — for at least four years.”

Wynne said the reduction is the largest electricity rate cut in the history of Ontario.