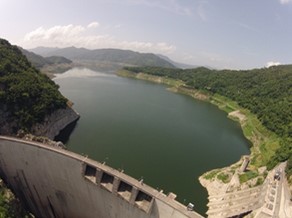 Honduran state power company ENEE’s plan to overhaul the 300-MW Francisco Morazan (also called El Cajon) complex, the country’s largest power plant, has received a boost after the IDB approved US$18 million for the US$36.8 million project, according to BNamericas

Francisco Morazán is on the Comayagua River in Cortés department, about 230 km from the capital of Tegucigalpa. The complex features a 226-m-high dam, a 5.7 billion m3 reservoir that covers 94 km2, and a machine house that holds four 75-MW Francis type turbines. The plant’s design allows for the installation of another four turbines.

Information from the regional lender shows that the modernization of the complex has entered the bank’s implementation cycle, which follows the signing of the loan contract. Funds will be disbursed over five years.

Of the US$36.8 million, US$28 million will go to modernization works, such as the migration to new state-of-the-art digital instruments that can be incorporated into the supervisory control and data acquisition (SCADA) system.

This component includes the replacement of equipment for which spare parts are not available and the revamp and expansion of the substation.

Another US$3.6 million will be used to evaluate an increase in generation capacity.

In August, Francisco Morazán represented 11.6% of the country’s installed capacity, which totaled 2,576 MW.