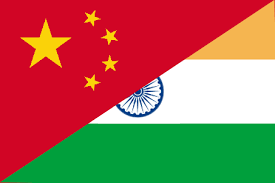 Pakistan’s decision to withdraw its 4,500-MW Diamer Bhasha project from consideration in the China-Pakistan Economic Corridor infrastructure package has drawn questions from Chinese officials, who say they were not aware such a move was imminent.

The withdrawal was announced by Pakistan Water and Power Development Authority (WAPDA) chair Muzammil Hussain during a briefing with the country’s Public Accounts Committee earlier this week.

“Chinese conditions for financing the Diamer Bhasha Dam were not doable and against our interests,” said Hussain.

The declaration caught China off guard, according to Foreign Ministry spokesperson Geng Shuang, who said the Chinese were unaware anything was amiss before Pakistan withdrew.

Removing Diamer Bhasha from China-Pakistan Economic Corridor (CPEC) consideration removes the possibility that it could benefit from more than US$50 billion being pumped into the development program by China.

Other efforts to help defray the cost have also been unsuccessful, with the Asian Development Bank announcing in October 2016 that it would not help fund the plant’s development.

The World Bank also refused to sign on as a co-lender after Pakistan declined to seek a no-objection certificate from neighboring India.

Now, Pakistani Prime Minister Shahid Khaqan Abbasi says his country is prepared to pay the entirety its projected US$14 billion construction cost out of its own pocket.

As planned, Diamer Bhasha would include a 272-meter-tall roller-compacted-concrete dam, two diversion tunnels, two underground powerhouses of 2,250 MW each, a permanent access bridge, and hydro-mechanical and steel structural equipment. The plant would be located on the Indus River in the northern Gilgit-Baltistan region.