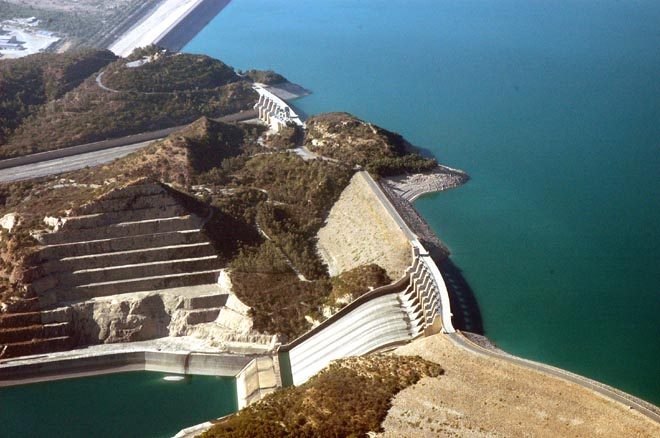 Pakistan and French Agency for Development (AFD) on July 20 signed €165 million (US$192 million) in soft loan agreements to improve Pakistan’s energy sector, including rehabilitating the 1,000-MW Mangla hydropower project, according to the government of Pakistan.

The Mangla hydropower project is a multipurpose facility located on the Jhelum River in Mirpur district of Azad Kashmir. It includes Mangla Dam, which is the seventh largest dam in the world; the country’s largest reservoir, which has a live storage capacity of 7.48 million acre feet; and 10 generating units.

In January, HydroWorld.com reported Pakistan Water and Power Development Authority announced it was moving forward with modernization of the Mangla project to increase the facility’s generating output by 310 MW at an estimated cost of $769 million.

Pakistan said this latest round of financing for the specified projects is a continuation of implementing the country’s National Power Policy 2013.

In June, AFD co-financed about $100 million of a $400 million program as part of Asian Development Bank’s (ADB) support of Pakistan’s efforts to provide a more reliable and secure energy sector.

According to ADB, its $300 million in assistance to Pakistan is the third such loan under the Sustainable Energy Sector Reform program, bringing ADB’s total financing to $1 billion since 2014.

Patrind is located on the Kunhar River and is being developed by a consortium called Star Hydro Power Ltd, which includes the Korea Water Resources Corp. and the Daewoo Engineering & Construction Co.

In May, China and Pakistan signed a $50 billion memorandum of understanding to develop and complete the Indus River Cascade, according to information from the China-Pakistan Economic Corridor.