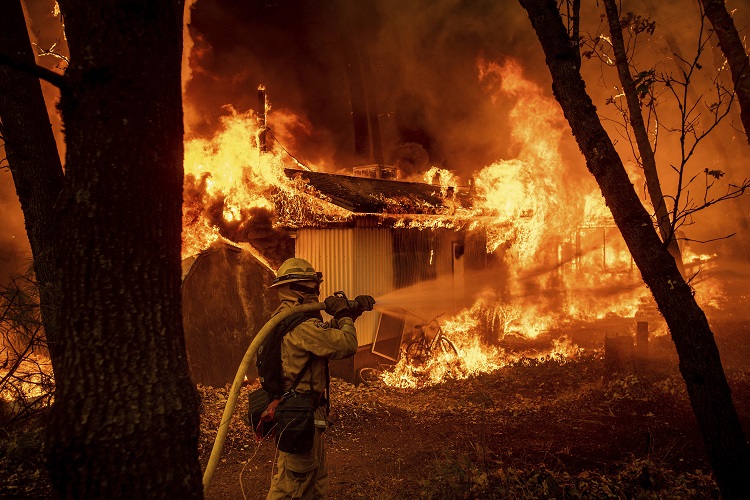 Pacific Gas & Electric filed for Chapter 11 bankruptcy reorganization Tuesday in the wake of alleged liabilities for a variety of deadly and hugely expensive wildfires in northern California over the past two years.

The petition by San Francisco-based PG&E was expected, as the company announced its intentions earlier this month. PG&E also received approval for $5.5 billion in debtor-in-possession financing last week.

Northern California has been hit by a series of devastating wildfires since fall 2017. Some blamed PG&E equipment and vegetation management, and the utility’s insurance liability could run into the billions.

CAL FIRE reported last week that it didn’t find any wrongdoing by PG&E in one 2017 fire, citing the blaze started within a private electric system. The utility, however, is still under investigation for other blazes which have claimed dozens of lives and thousands of structures.

This is the second time in less than 20 years that PG&E has filed for bankruptcy reorganization. The company also did so in 2001 after electricity market crisis in California, emerging in 2004.

PG&E expects the bankruptcy reorganization to take about two years. It vowed to maintain electric and natural gas service for customers during that period.