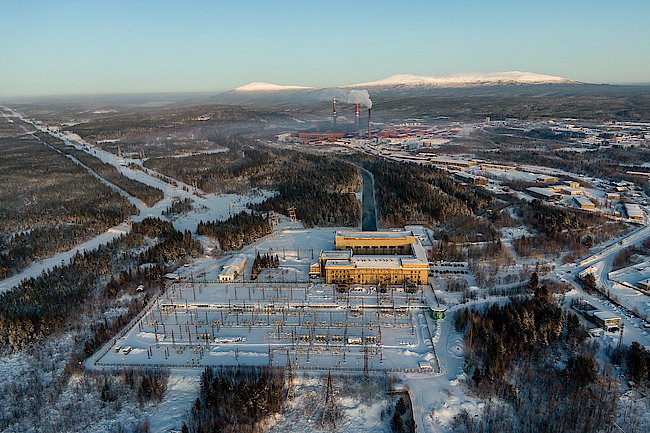 PhosAgro will use 100 MW of hydroelectric power supplied by TGC-1 PJSC to power its Apatit mining and beneficiation plant, which produces agrochemical products.

This new contracted supply means that more than 60% of the beneficiation plant’s output will be produced using “green” electricity, according to a press release

TGC-1 said the electricity will be supplied by its Niva HPP-3 and Iovskaya HPP.

In December 2020, PhosAgro’s Board of Directors approved a climate strategy. The core element of this strategy is continued work to reduce greenhouse gas emissions, including indirect emissions generated during the production of electricity consumed by the company’s production facilities. A low-carbon transition plan has been adopted, which includes technical, technological and organizational measures that are being developed and implemented.

“Switching to hydroelectric power is another step towards achieving our goal of reducing indirect greenhouse gas emissions,” said PhosAgro Chief Executive Officer Andrey Guryev. “This is important for us, both in terms of reducing the carbon footprint of our products, and in terms of increasing their appeal for foreign markets, which are traditionally sensitive to environmental issues.”

“TGC-1 continues to increase the supply of green electricity generated by our HPPs. For industrial consumers, this type of energy can significantly reduce the share of the carbon component in their products and gain additional competitive advantages,” said Alfred Iagafarov, deputy managing director for electricity and power sales of TGC-1.

PhosAgro implements energy-efficient green technologies at its enterprises, including employing frequency converters in production complexes, which reduce the power consumed by electric motors and energy loss when starting engines. PhosAgro is also constructing a number of heat energy converters to generate electricity at sulfuric acid plants. Thanks to this, the company’s chemical production facilities in Cherepovets and Balakovo generate 60% to 80% of the energy they require on site. A similar power plant is being planned and designed for construction in Volkhov as part of an investment project to build a new production facility there.