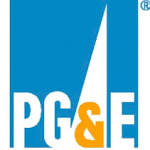 Christopher P. Johns, president of hydro plant owner Pacific Gas and Electric Company, notified the company this week of his intention to retire at the end of 2015.

Johns joined the company in 1996 as vice president and controller, was named chief financial officer in 2005 and was named president in 2009. He has a bachelor’s degree in accounting from the University of Notre Dame.

“We thank Chris for his exemplary commitment and service,” says PG&E Chairman and Chief Executive Officer Tony Early. “He has been a tireless supporter for our people as they work together … to deliver outstanding operational performance that, in 2014, included record electric reliability, international recognition for gas safety performance and the highest customer service ratings since 2009.”

The board of directors is expected to address successions plans for Johns’ responsibilities before his effective retirement date of Dec. 31, 2015, according to a press release.

PG&E serves about 16 million Californians across a 70,000-square-mile service area. Eleven percent of the electric power delivered to its customers came from large hydro in 2012.