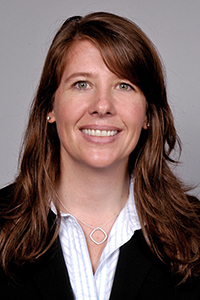 The U.S. Bureau of Reclamation Mid-Pacific Region has selected Ali Forsythe as their Deputy Regional Director.

According to a Feb. 6 Reclamation announcement, Forsythe will have direct oversight over the Klamath and Lahontan Basin Area Offices. She will also oversee technical offices and programs within the region including the MP Construction Office, Program Coordination Office, and the Divisions of Environmental Affairs; Safety, Security and Emergency Management; Design and Construction; Resources Management; and Planning.

“Ali is extremely knowledgeable about the issues and water operations in the Mid-Pacific Region. She has excellent relationships with our stakeholders, partners and sister agencies and has extensive facilitation, managerial and leadership skills that she brings to this position,” said Regional Director David Murillo. “I am confident that her leadership will prove extremely valuable as we continue to work through the many complex and controversial water policy issues we are grappling with today and into the future.”

One of the complex issues with which Forsythe will likely be involved is the ongoing measures for the removal of four dams on Klamath River.

In April 2016, officials from the U.S. Department of the Interior (the federal agency that controls Reclamation), Department of Commerce, states of Oregon and California, and Oregon-based utility PacifiCorp, signed the 2016 Klamath Power and Facilities Agreement. The legislation is designed to lead to the removal of four dams on Klamath River by 2020.

The first filing was made jointly with PacifiCorp, which owns four projects that constitute the Klamath hydropower project: the  90-MW J.C. Boyle, 20-MW Copco, 1.27-MW Copco 2 and 18-MW Iron Gate. The project traverses about 373 miles through southern Oregon to northern California. The filing asks FERC to transfer licenses to operate all four plants from the utility to the KRRC to remove four hydroelectric plants on Klamath River.

Forsythe has been the program manager for the San Joaquin River Restoration Program (SJRRP) since 2011. In that role, she coordinated with the parties to the Settlement in NRDC, et al., v. Rodgers, et al., the other SJRRP Implementing Agencies, downstream landowners and water districts, and many other entities to restore flows to the San Joaquin River from Friant Dam near Fresno to its confluence with Merced River while reducing the water supply impacts to the Friant Division of the Central Valley Project, according to Reclamation.

The agency also said, “Forsythe has managed various National Environmental Policy Act, California Environmental Quality Act, water rights and restoration projects in both the public and private sector. She began her federal career with Reclamation in 2009 as a project manager with the SJRRP Office. She led the program’s Interim Flow activities and three on-going site-specific channel and structural improvements projects, oversaw the SJRRP’s budget and schedule, and worked with the previous program manager to establish and implement SJRRP policies and direction. Before joining the Mid-Pacific Region, she was a project manager with CH2M HILL.”

Forsythe holds Bachelor of Science degrees in Environmental Studies and in Hydrologic Sciences from the University of California-Santa Barbara.